There were a ton of people and I didn’t stay long because it was crowded and I didn’t really know anyone. The gallery is in the basement of a store specializing in vinyl toys. They have one display case dedicated to Secret Base and Super 7, my favorite because of their fidelity to the old school kaiju toy tradition.

All the customised figures were amazing. The level of creativity of some of the artists was staggering. Artoyz offers a limited edition of some miniture sized element figures designed by some local graffiti stars. Check out the owl sugar skull and the ice cream cone: 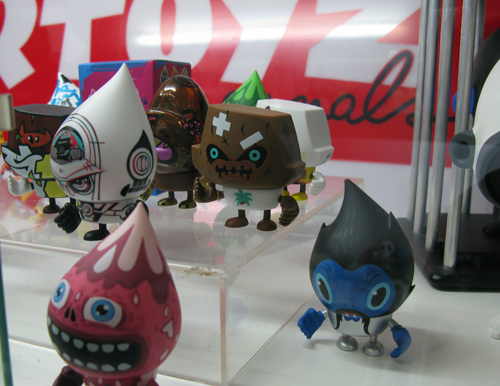 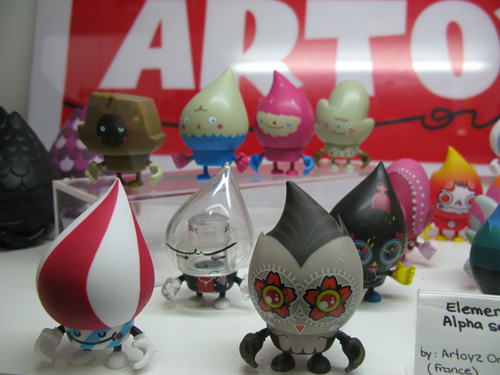 The ice cream again and this cutie designed by Koralie: 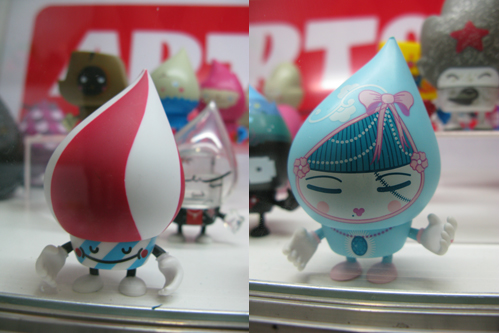 Here’s a line of crazy cool ones. 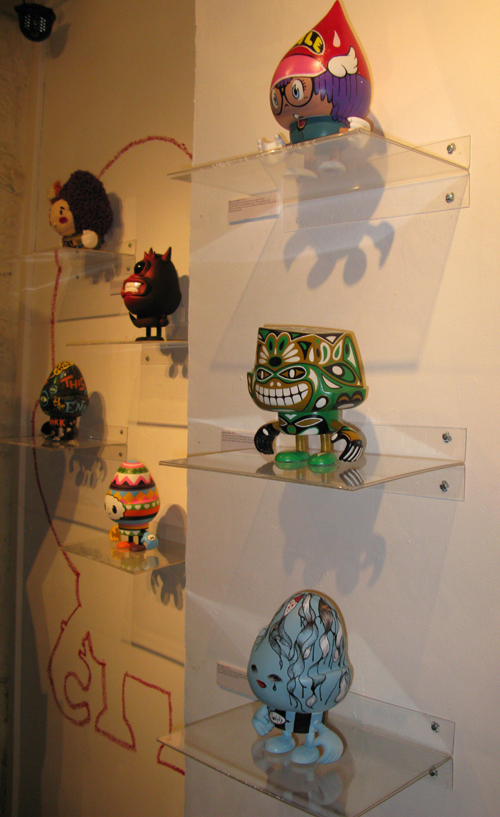 Mine on the upper left: 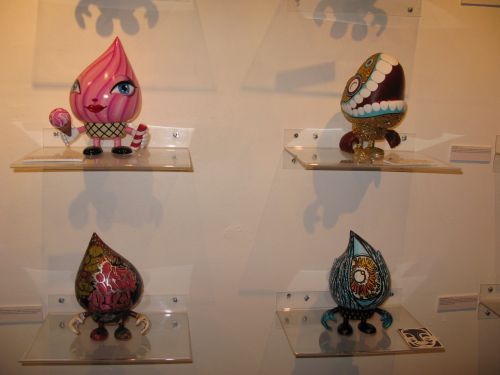 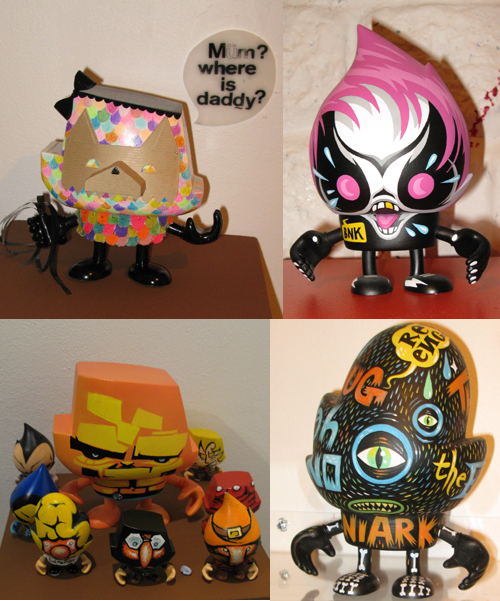 One of my favorites was the girl with the sunglasses but the best by far was by Paulkaiju: 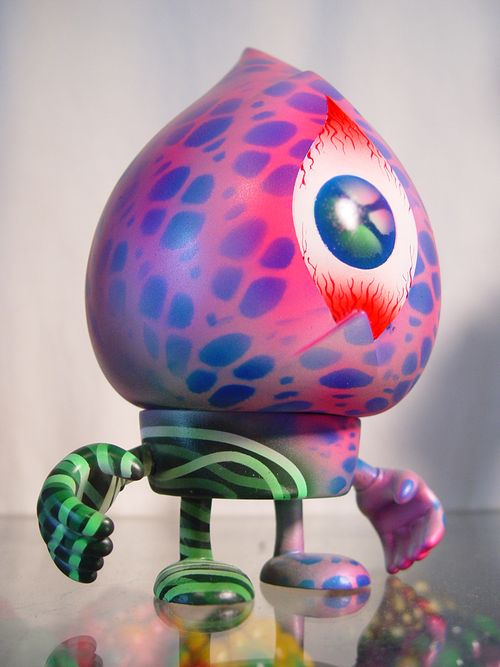