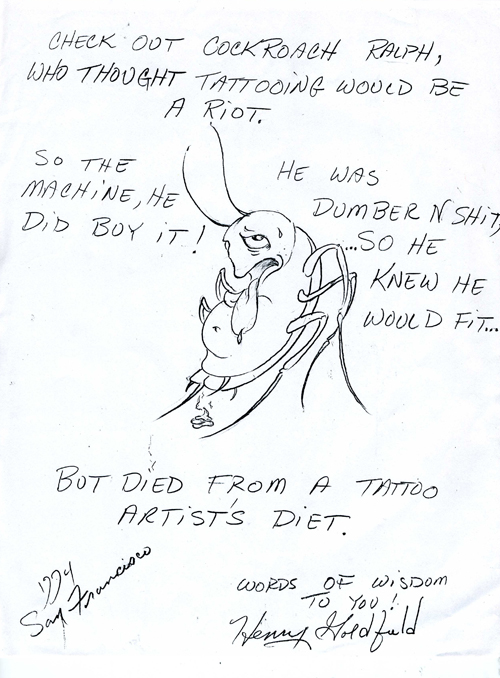 Who thought tattooing would be a riot.

So the Machine, he did buy it!

He was dumber ‘n shit,

…So he knew he would fit…

But he died from a tattoo artist’s diet.

Words of Wisdom to you!

Henry Goldfield (under whom I served an almost 6 year apprenticeship)

Some of our bad habits:

eatting fat San Francisco burritos over a garbage can (to catch the fallout!)

asking for no mayo at the healthfood store sandwhich counter to get back to shop and Henry would go ballistic because there was heaping gobs of mayonaise on his sandwhich.

yelling over the phone to Viva because they delivered with no utensils!

sending Mike the bum out for coffee (he expected a $5 tip!)

Pho on Broadway (what was the name of that greasy restaurant?)