Back when I was apprenticing at Goldfield’s I got interested in lettering. Henry Goldfield was a sign painting nut and I always admired lettering in tattoos. The problem was, I hated my own handwriting. So I decided to practice and studying good lettering for tattoos. I bought a notebook and started filling it up by copying or trying to copy the styles I admired. I also did my designing for lettering tattoos in the book. Now when anyone asks for lettering I can show them the book so they can see all the styles available and chose what they like. It’s a great exercise for any kind of drawing you want to get better at. I’m filling up a book of pretty ladies and I want to do one with dragons someday. 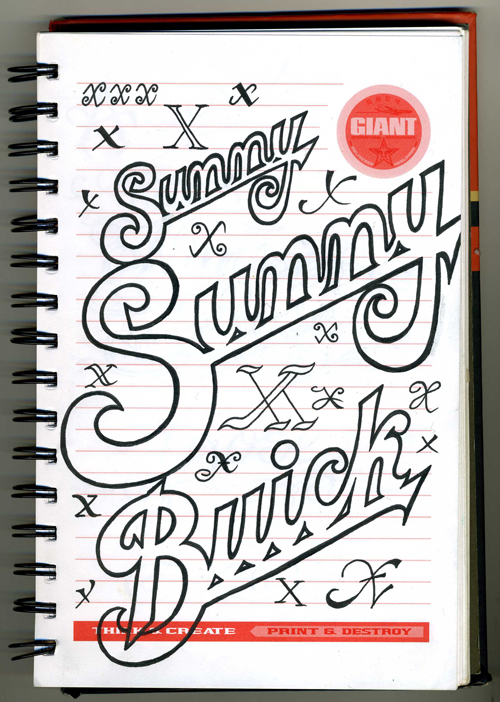 Disclaimer: I can imitate some popular tattoo lettering styles but I’m pleased to see that I’ve really developed my own style. Copying may be sometimes ok for the sketch book but it’s not fair to bring it in your own work. Like they say “Emulate, NOT Duplicate”.