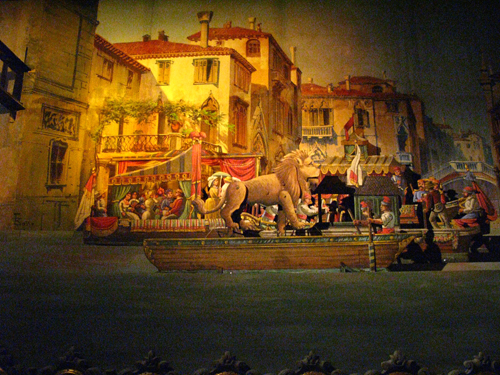 There was a “pedal merry go round”- a carousel that was a collection of many different bicycle type vehicles. In fact the first carousels were human powered, then steam, then electric. A nostalgic account of the fond reminiscence of clouds of steam that lingeres over Place Nation, from the vapor powered rides (mentioned in a book I bought “La Foire au Pain d’Epice” by Agnès Rosolen and Lionel Mouraux). 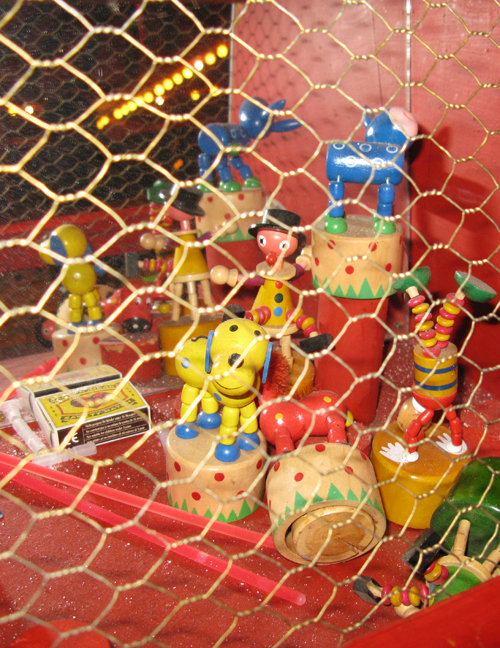 At the MAF you can find three steeplechase games. 10 holes in an inverted triangle on a accending slope. The object is to roll a ball up the ramp and each time your ball falls through the right holes your figure advances. The races include: 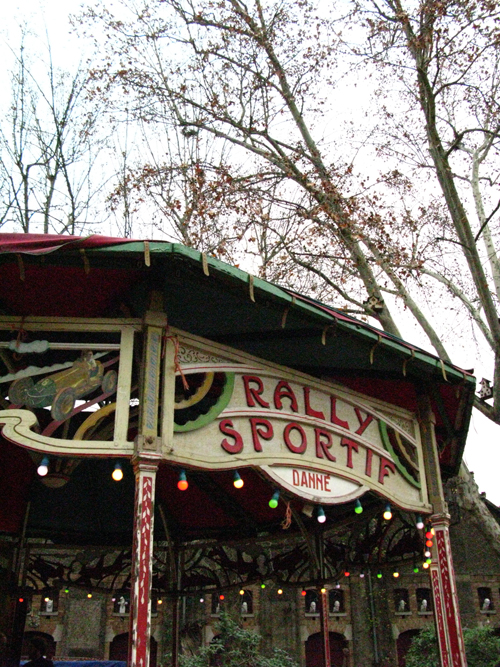 Wax figures- Wax museums were one of the well known attractions. It was nice to see figures in period dress installed in cars from a train fantôme. There were also several of the volunteers who were dressed in vintage attire. One thing that fascinates me about the fête foraine are “trains fantômes” the haunted mansion ride. I’ve heard that performers dressed as ghouls or skeletons jump out of the dark to scare the public. How much I would like to have “the vintage” experience (there were no antique phantom trains at the MAF). Other attractions found at the fête foraine were animal trainers. The performers were huge stars, who often came to tragic ends. Several interesting personalities included some brave women like: Nouma-Hawa and Madame La Goulue. 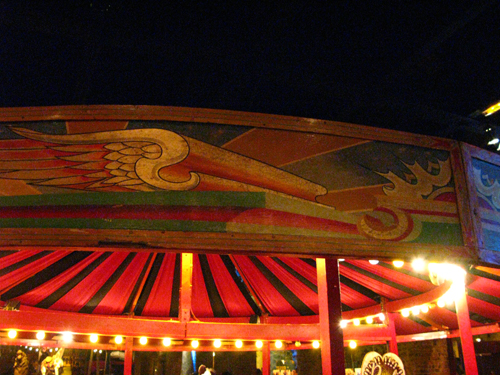 There was one room where the objects were obviously more modern. I would say from the 1950’s. I found an interesting comparison between the 1950’s cartoon trip vs 1890’s hand painted victorian. Were the fêtes foraines finally geared in the 1950’s towards children, was it an American influence? Disney? The rococco and floral decorative styles seemed to be a popular imitation of Louis 16th  bourgeois fashion and decor. Talented artisans were engaged to create new decor every few years. In 1895 Toulouse Lautrec was comissioned to paint two panels for the attraction La Goulue.

I am still moved by the vivid wonders I found in this dazzling time machine. The Magic of Childhood Marvel is reawakened.

Open “journées de patrimoine” (heritage days) and for the holidays or for rent for special events. http://www.arts-forains.com/ 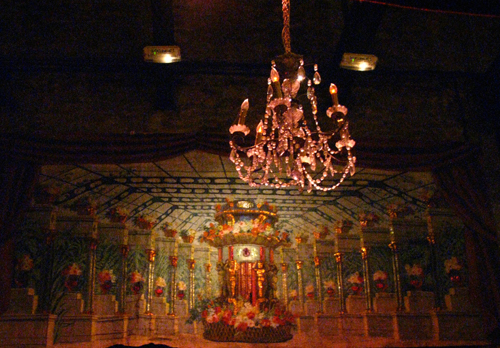 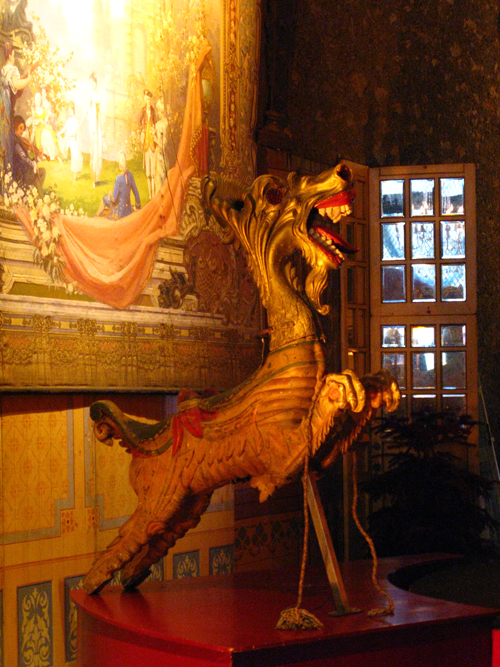 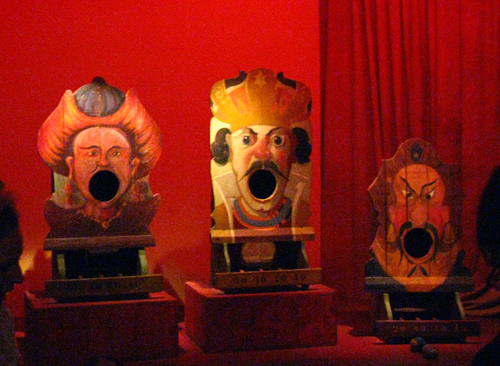 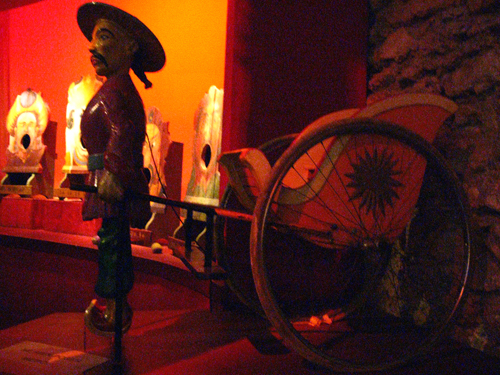 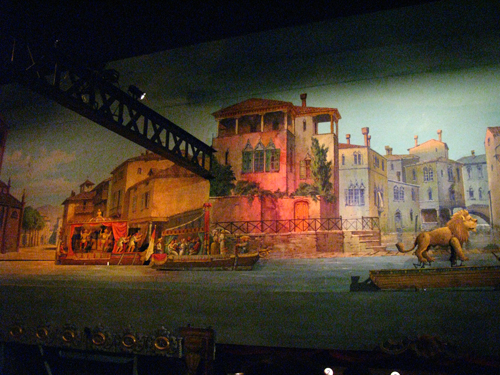 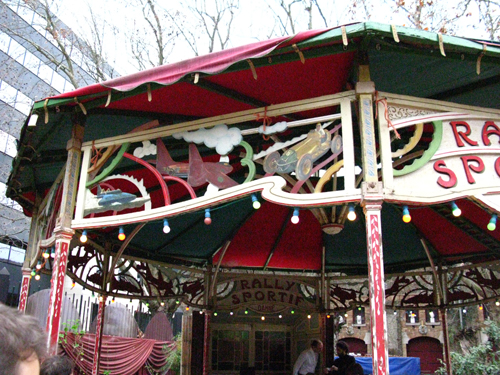 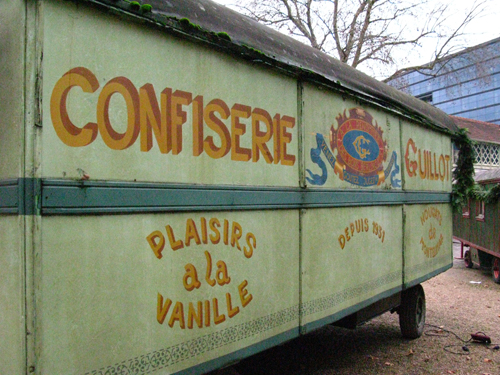 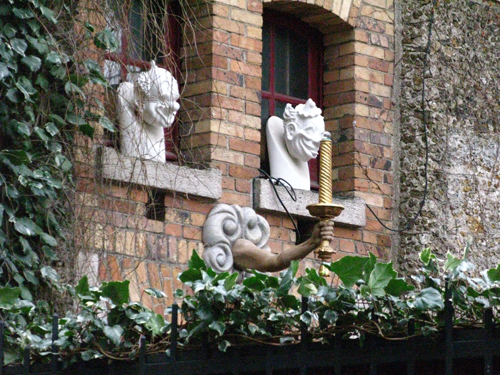