Well I made it through the weekend alive! This convention was particularly exhausting. Probably because the long trek home and back each day. There was a 20 minute walk from the metro to the park where the convention was held. The was a shuttle bus but I was only able to catch it twice.

There was so much business this year! The show is really picking up steam. I was not near the action, but they had a wrestling ring set up with the contests and some strip tease behing presented as well as wrestling. That would have been a fun distraction to watch from the booth.

Here’s some photos, the tattoos, me at work and my lovely assistant Charlotte. 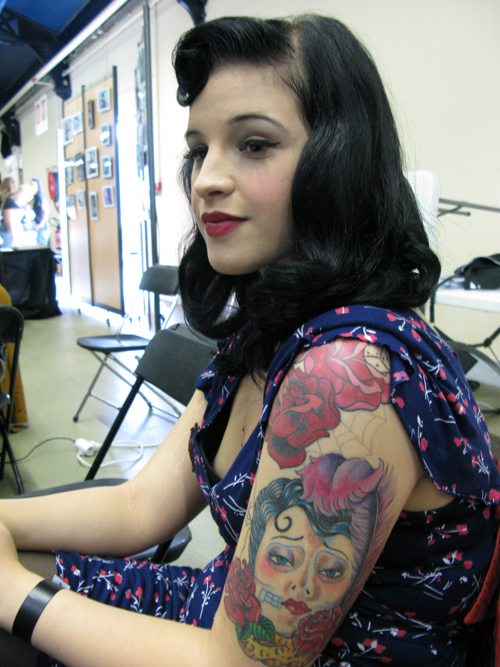 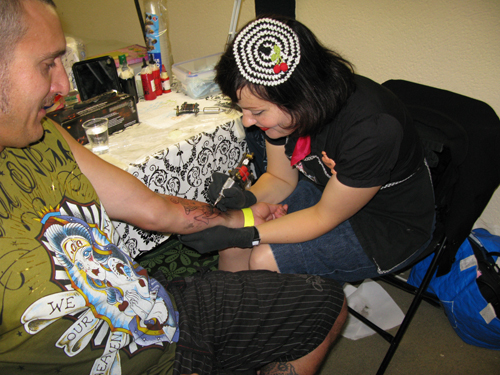