Friday at the Berlin Tattoo Convention 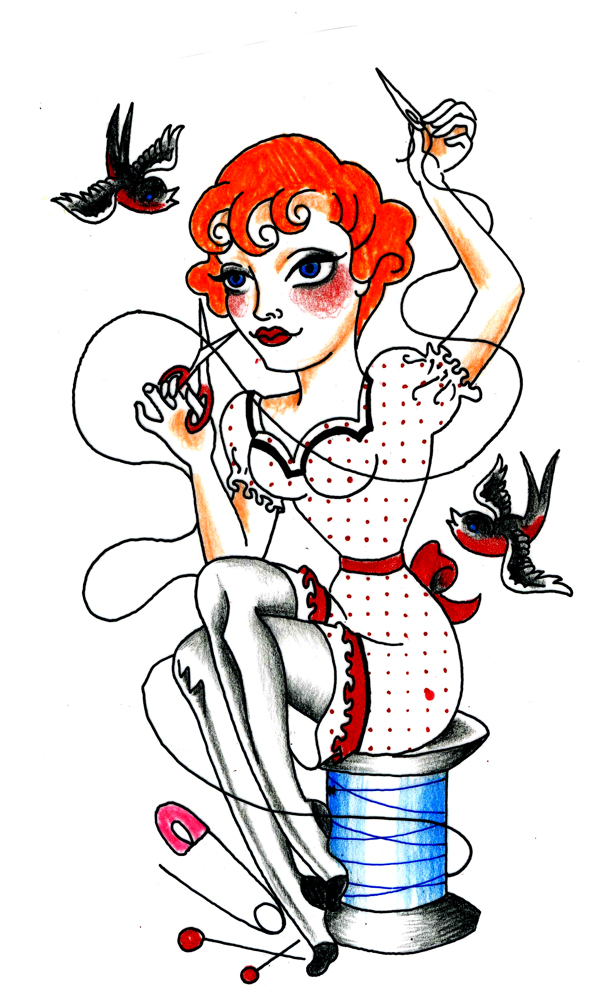 Sewing Pinup
I did this on a girl who came four hours by train with her sister to get tattooed by me in Berlin. Funny story: I had originally drawn her naked and thought it was cute, like she´s sewing because she has nothing to wear. Knowing it was on a girl she would probably want clothes on her and would eventually change the design. So, the tattoo reminds her of her mother, and naked, of course, wouldn´t do. I told her “not if it was my mother”:) ha ha! 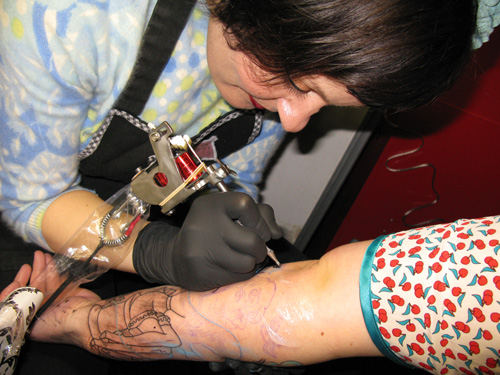