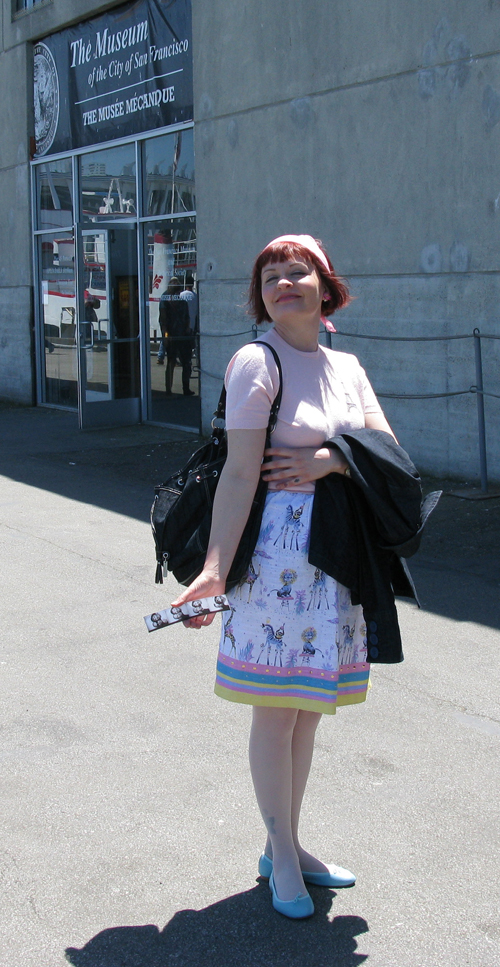 Me at the back entrance to the Musée Mécanique

Scarf: made by me

Sweater: vintage I had the Eiffel Tower machine embroidered on in a shop that used to be inside the Flood building, San Francisco

Skirt: Manoush(it used to be an Empire waist dress which looks terrible on me, I modified it into a skirt) 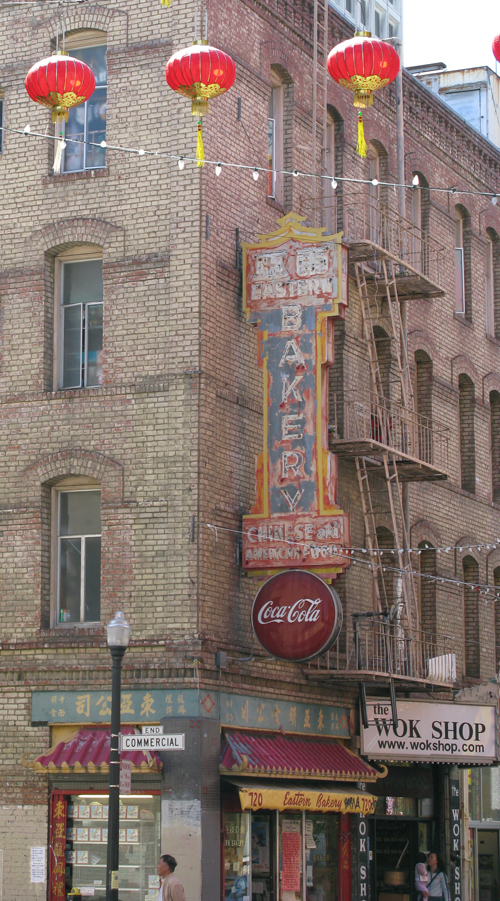 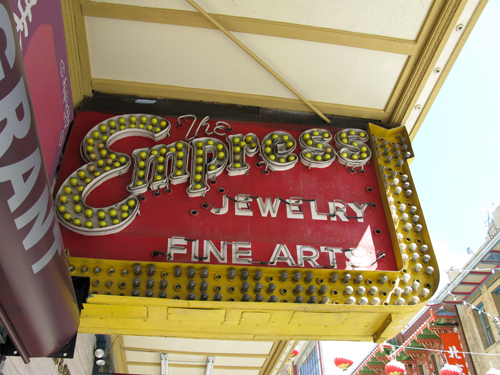 The most interesting thing about the Sunsing Center is that it used to be a movie theatre. 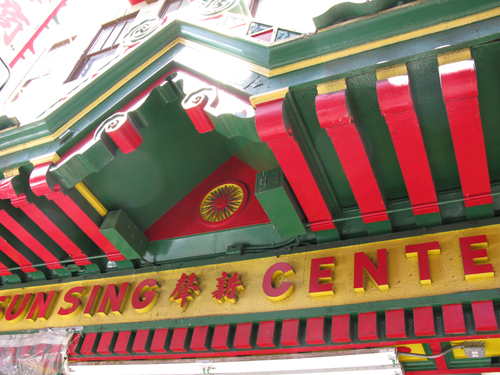 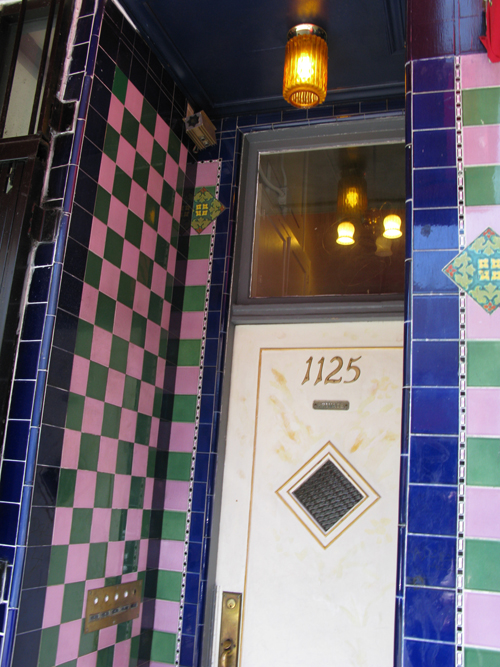 North Beach, how I miss it! 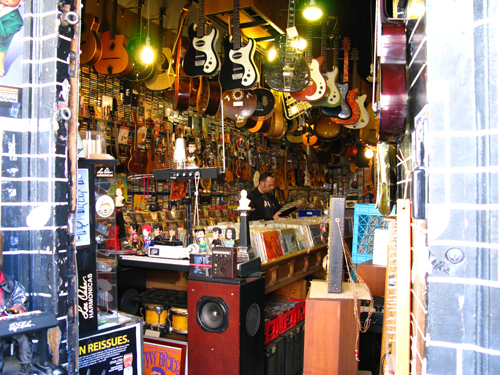 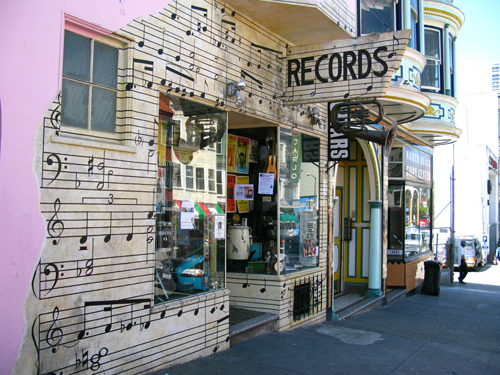 I wanted this outfit but the store was closed. So frenchy! 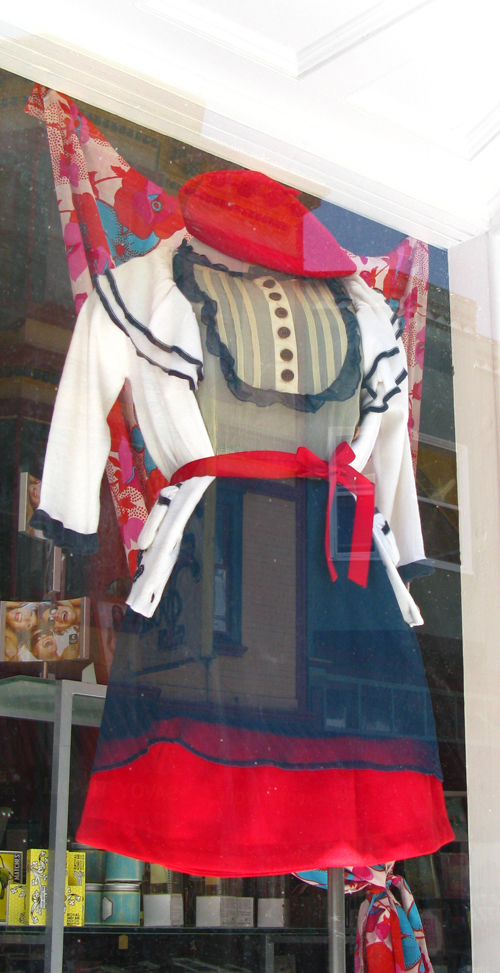 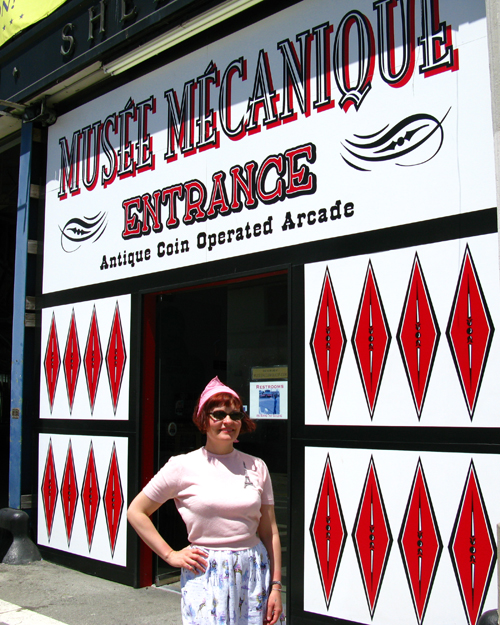 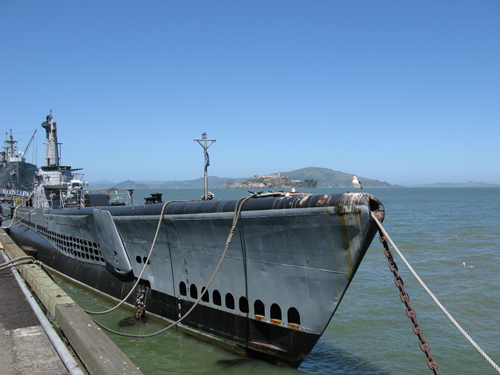 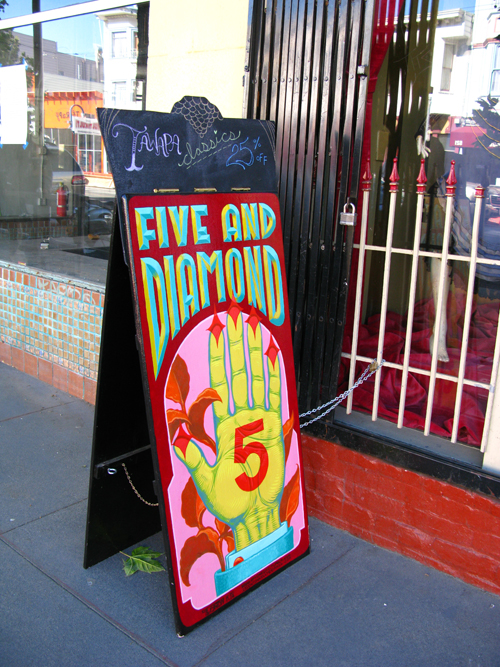 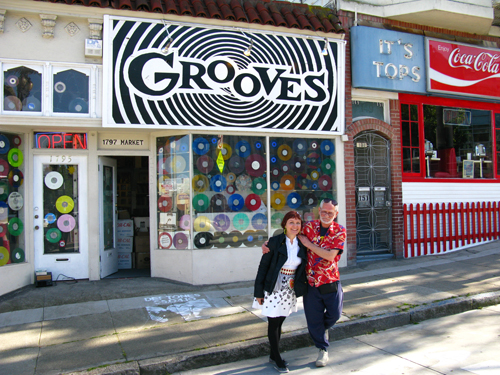 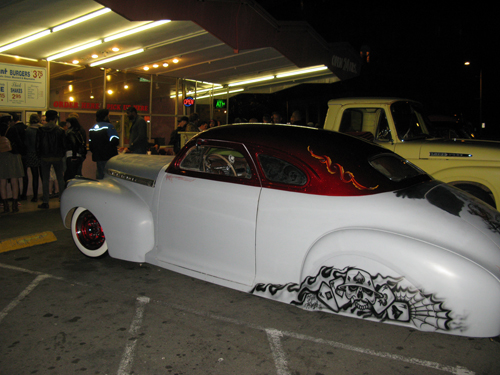 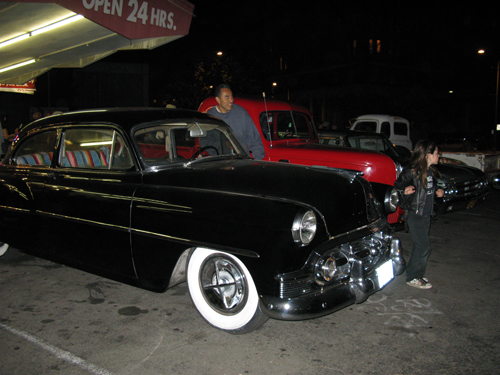 Haven’t seen Che for 17 years. He still looks the same. There’s been a movie made sort of based on his life, called La Missionabout the low rider who drives the 14 Mission bus. 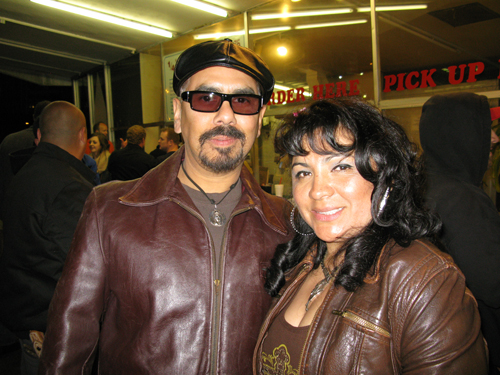 Javier Mejia is starting to look like Wolfman Jack! Carlos was drinking some concoction out of a gas container making him look “Muy loco!” 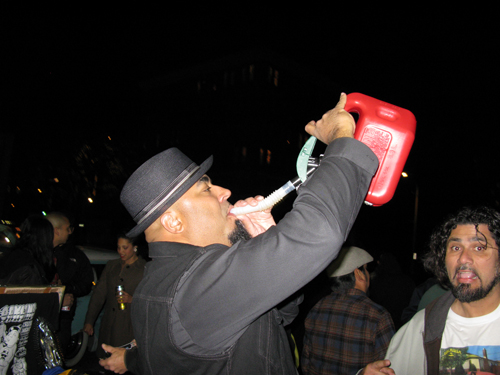 Johnny’s band the Barbary Coasters played at the Stork Club. 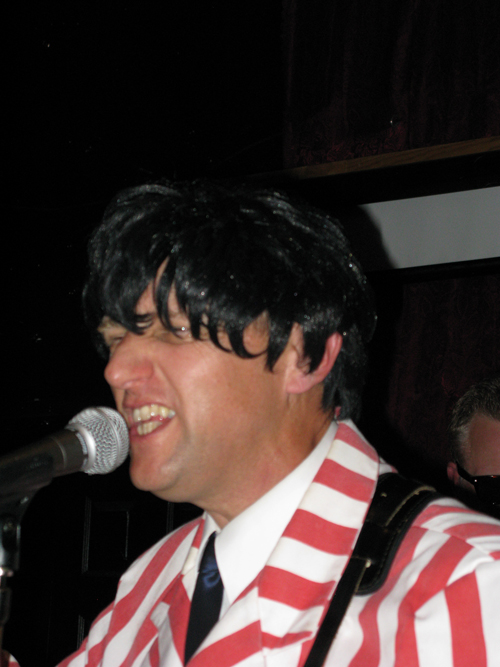 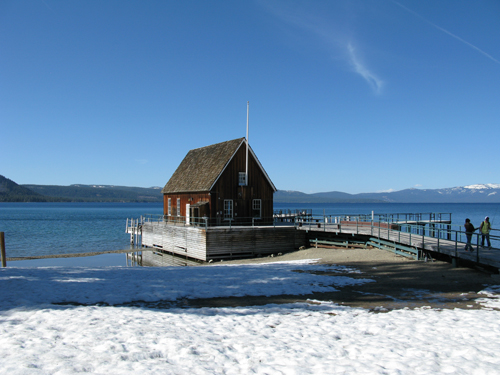 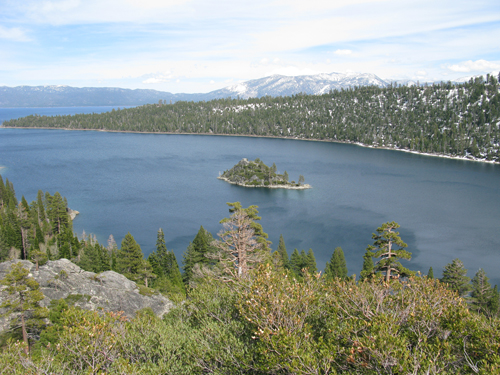 Laurent with Eddie Shaw from The Monks in Virgina City, Nevada: 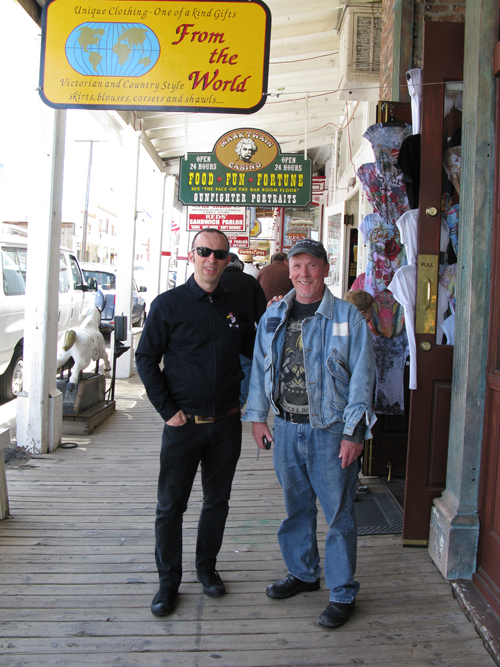 In front of the Red Dog Saloon where the Charlatans played in ’65. Good Pizza! 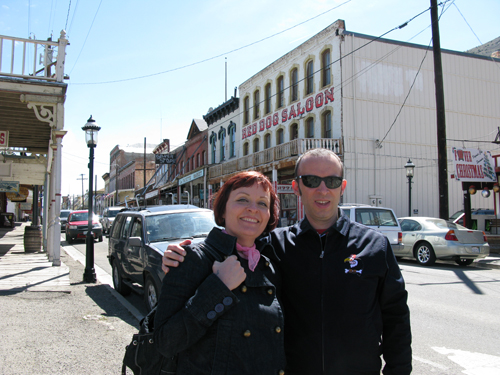 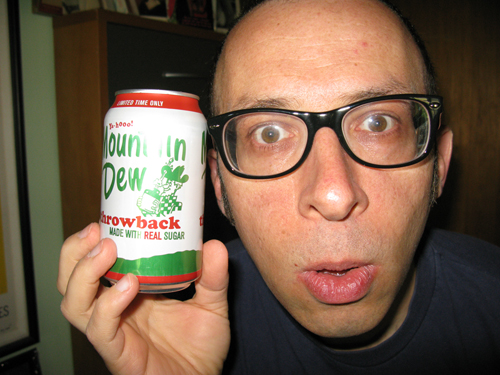 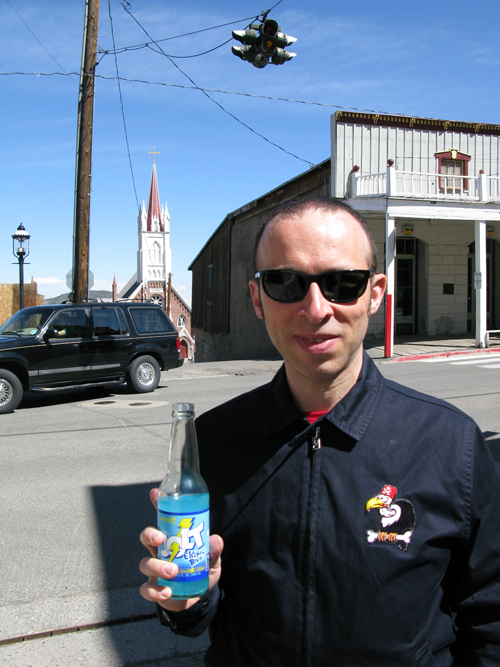