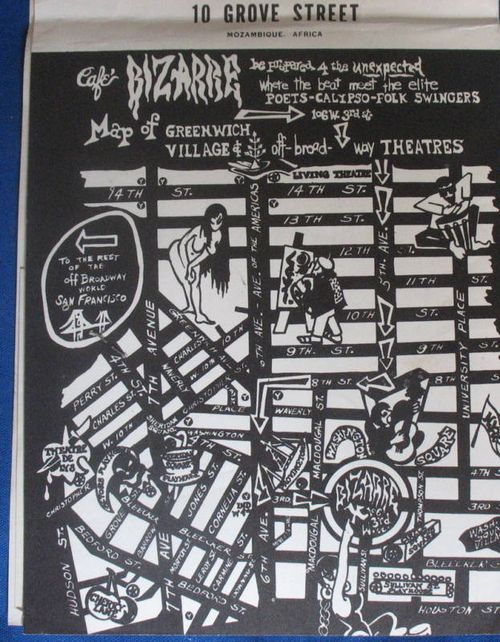 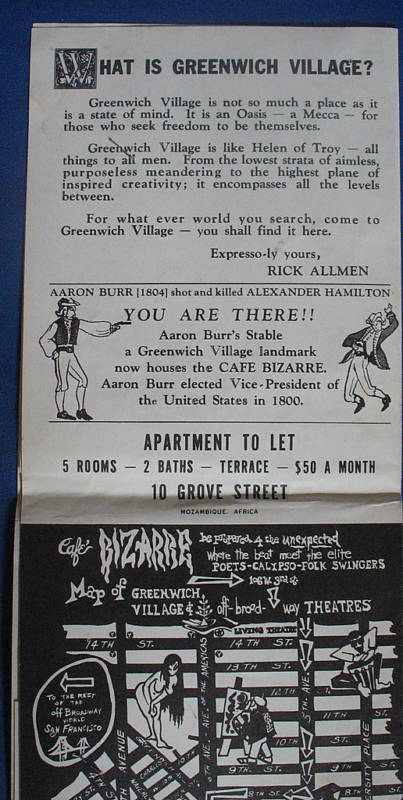 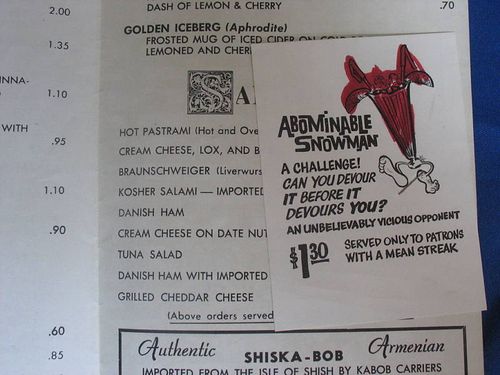 How cool is this? A menu from a genuine Greenich Village Beatnik cafe with Famous Monsters graphics. The cafe was apparently haunted as it was built on the site of Burr’s stable where Aaron Burr murdered Alexander Hamilton. Here’s the seller’s description:

Menu has some ordinary fare like burgers and hot pastrami, but mostly features ice cream concoctions and exotic drinks (non-alcoholic).  Among the items: the Volcano, a mountainous ice cream soda that erupts in flames before your eyes; a Schizophrenic Sunday, a slightly paranoic banana split; and a Rum Barbados, a blend of choice and rare ingredients imported by camels from Secaucus, New Jersey.   Small cards for four drink “specials” have been stapled onto the menu.    Back of the menu shows an appropriately bizarre map of the Village, and a quote from owner Rick Allmen: “Greenwich Village is not so much a place as it is a state of mind.  It is an Oasis–a Mecca–for those who seek freedom to be themselves….”

Menu has a normal fold down the middle, but has also been folded in half horizontally.  No stray marks, no tears.  A few minor wrinkles and crinkles.