When Melissa was here I made it a point to look for my favorite cinematographer at the famous cemetery Pere Lachaise. I only recently heard that he was buried there. 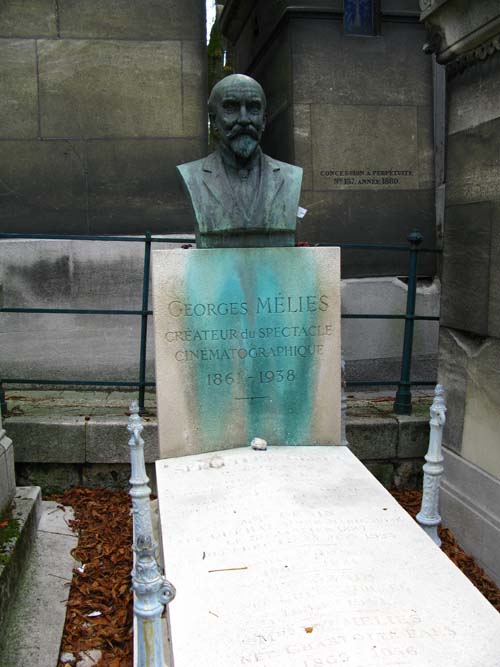 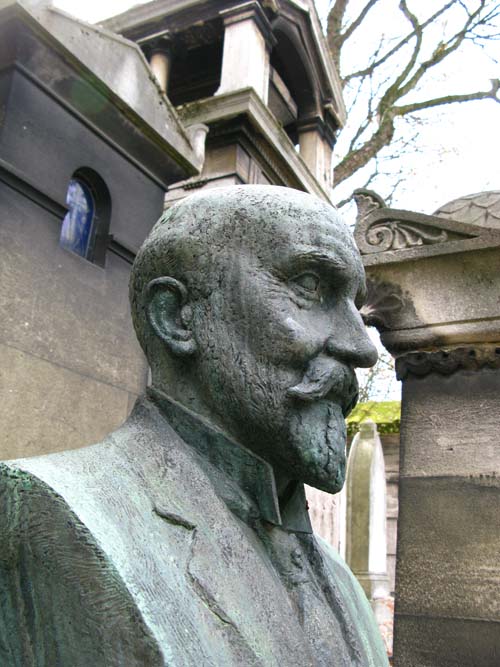 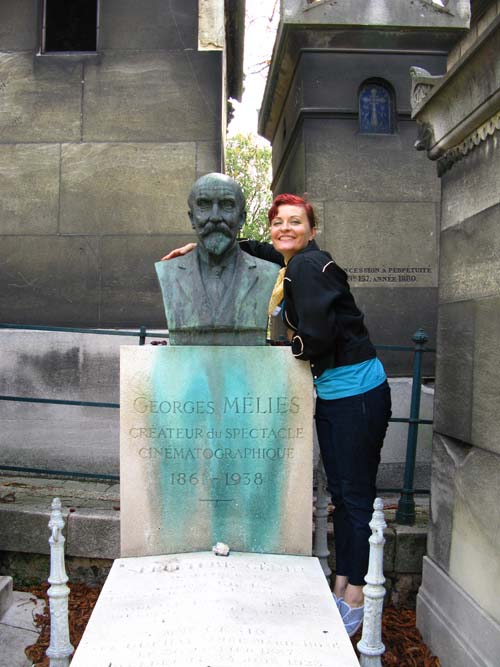 He was the first artist in film making. He started out as a magician and bought out the magic theatre of Robert Houdin. He made a designed every part of his films and created the first special effects using his knowledge of trompe l’oeil as a magician. Sadly when the machines and factories of Hollywood picked up speed he was run over and ended bankrupt. No one appreciated his gift to cinema until just shortly before his death. His movie studio has been destroyed and he himself burnt all his films out of desperation. His last job was selling tin toys out of a kiosk at the Gare d’Orleans, which is now the Musée D’Orsay.

Some of his films still exist and there is a DVD box set available. They are pure magic.