I unveiled my new banner at the Paris Tattoo Art Fest last weekend. I wanted something that would be easier to travel with. This banner can be rolled up and fit in a suitcase, the old one needed to be folded and was all wrinkly on arrival. The idea was a tattooed burlesque dancer in a Queen of Spades costume (Dame de Pique in french). Pique means, spade, or to stab or prick in french and my shop is called A La Belle Pique (because I like to prick people with my tattoo needles, haha!). I even got a spade shaped hat from Topsy Turvy on etsy to wear all weekend. Fun! 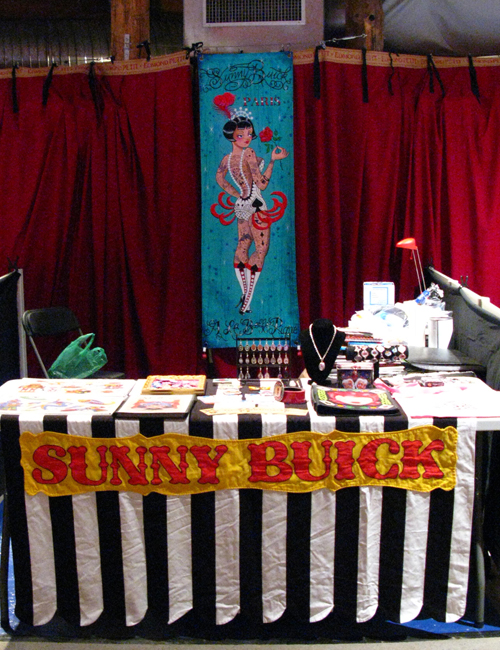 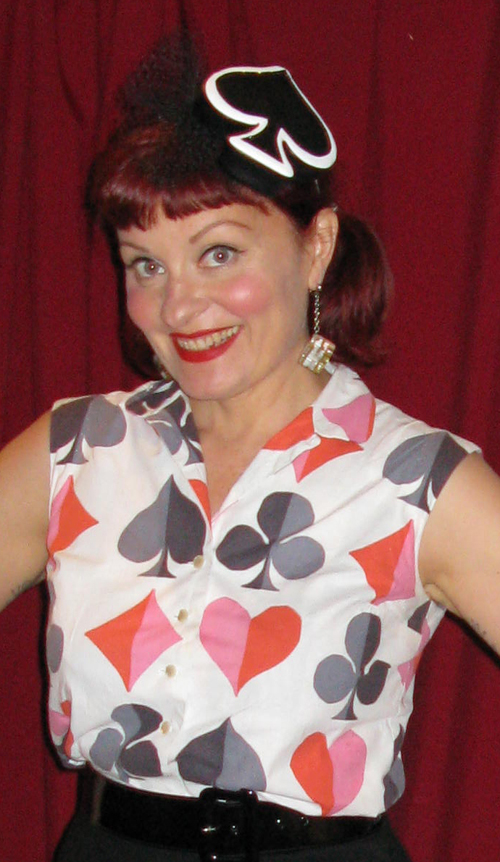 I used some splatter and drip techniques and some irredescent paint to make the background seem like liquid. The tattoos were all inspired by two books that I have about magic shows. 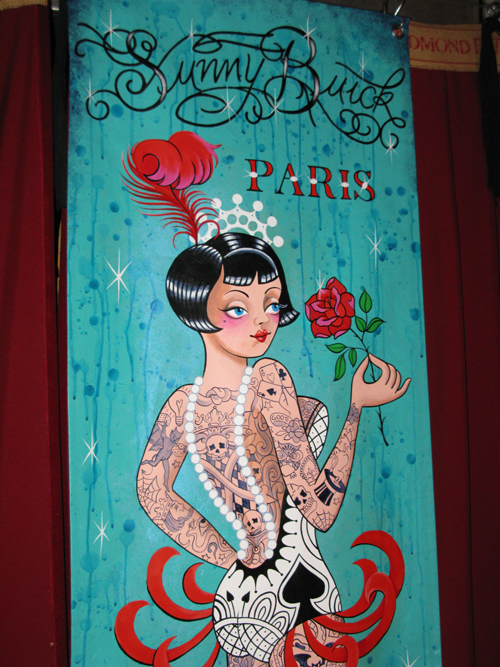 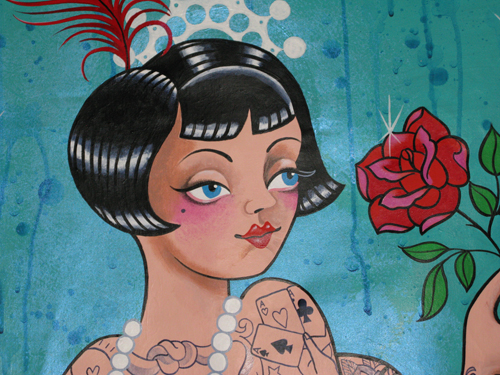 Here’s some photos of me that some kind people put up on facebook. 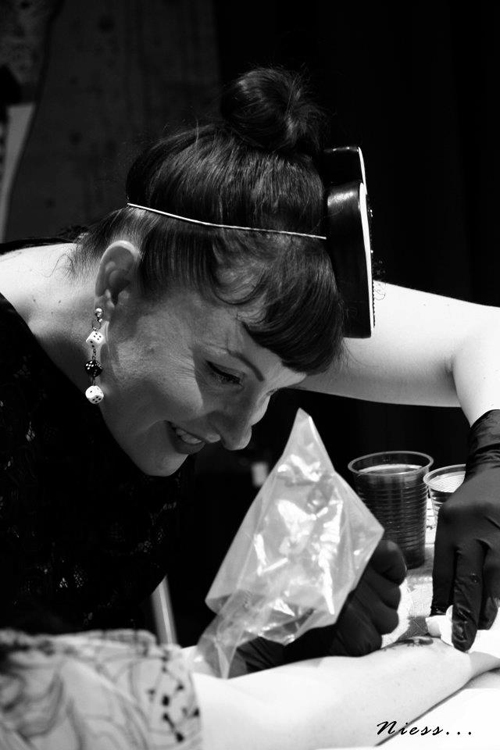 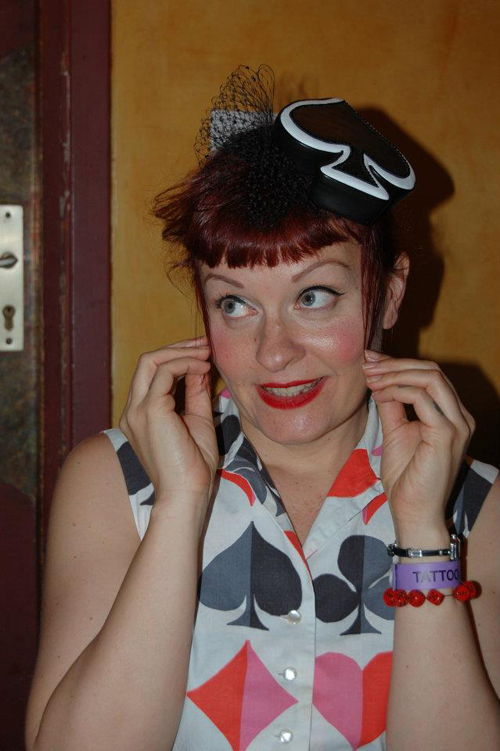 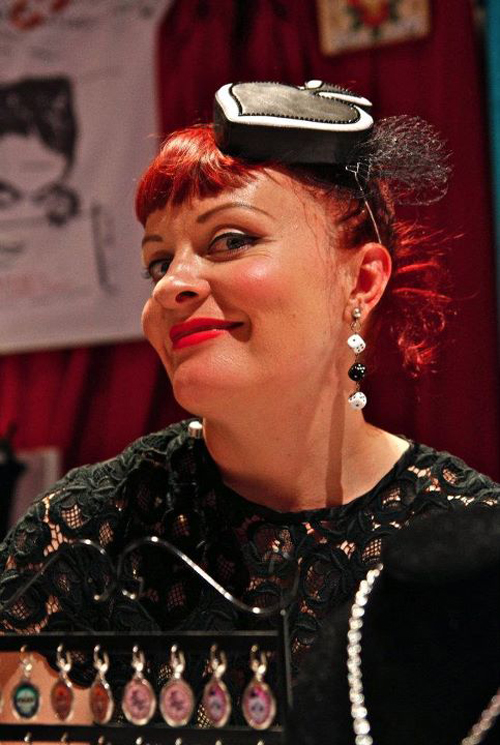 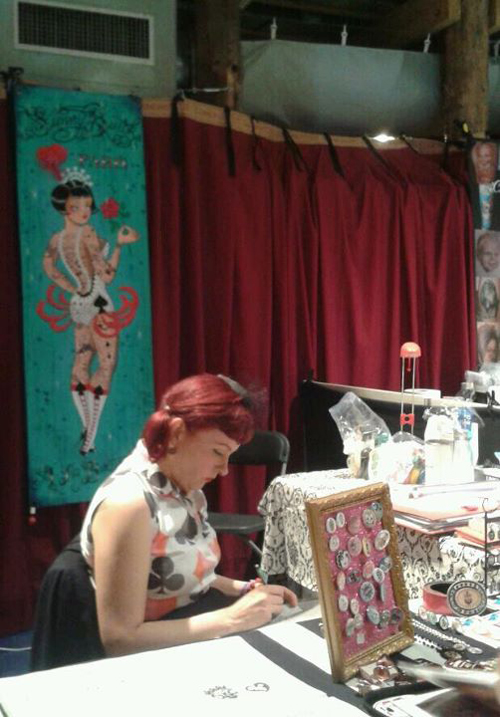