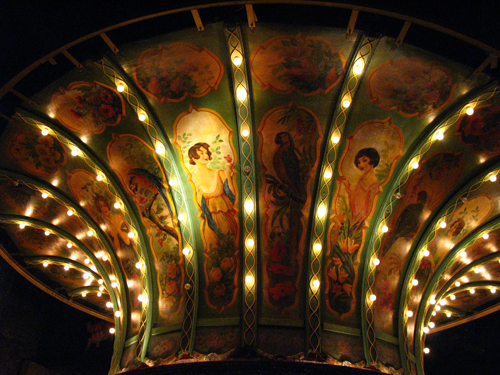 I’ve vaguely known about the MAF since I first moved to France, but it always seemed too complicated to visit. In Pariscope the weekly event/entertainment guide, it was always listed “by appointment only, 12 persons minimum” (now it’s 50 but also marked that you can join an existing appointment). I even thought about organising one among friends but never got around to it. Then I saw the posters in the metro: “Exceptional opening for the holidays”. And so it happened that I spent the first day of 2012 at the Musée des Arts Forains. 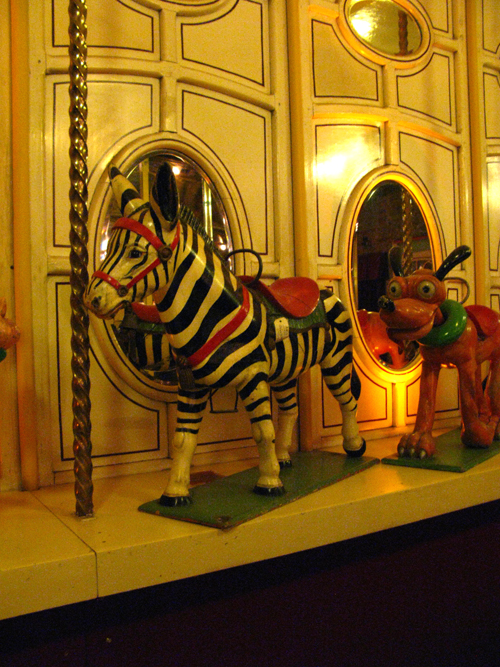 The MAF is the collection of one man: Jean Paul Favand actor and antique dealer. He started this repository in the ‘70’s and ‘80’s before people realised the value for these objects. He brings his theatrical background to make the museum into a dazzling living fantasy. The collection is located at Les Pavillons de Bercy, huge old wine wharehouses, about 5000 square meters, separated into 7 large rooms. The faded relics are thoughtfully installed in stone walled buildings which make an enchanting antiquated atmosphere. It makes one imagine oneself in a castle or a medieval setting. The backdrop of stone captures the lighting and creates a sparkling twinkle that adds to the magic tableau. 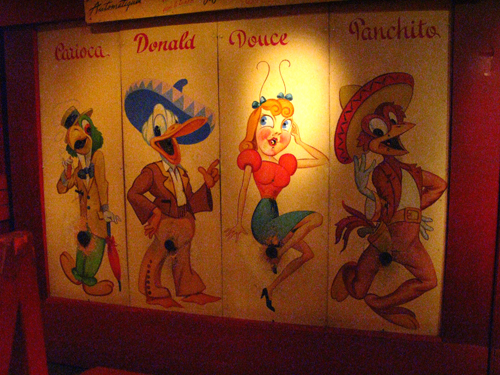 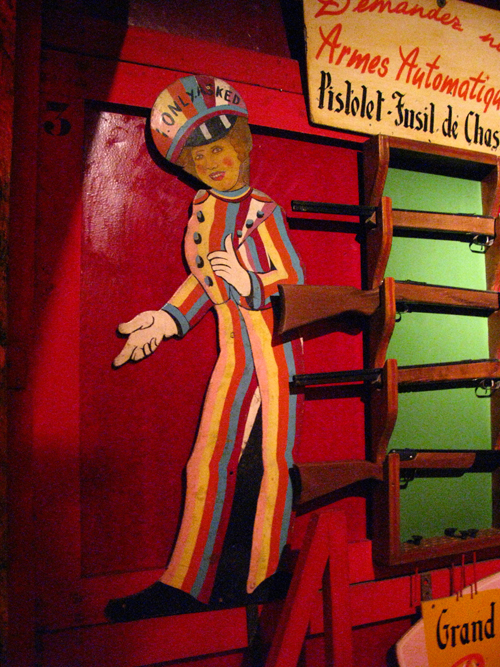 I’ve never been in such a magical place. I feel I was meant to be there, meant to see this. In the right place, in the most beautiful city in the world. It was the perfect way to start the new year. I feel under a good luck spell.

Readers familiar with my tastes and obsessions will know of my love for circus ephermia and imagery. For me the fête foraine is an extension of circus. The european version of the traveling carnival. However the decorations are more refined. Next to these antiques american side show poster artists seem extremely amateur. 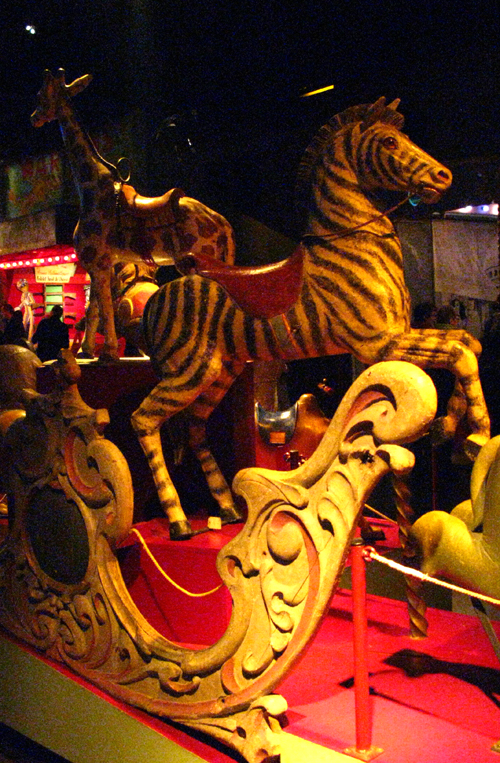 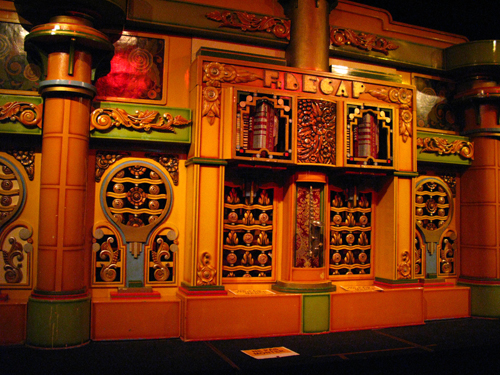 The history of fêtes foraines: “fête” means celebration, “forain” comes from the word foreign and describes the exotic strangers who would come to perform from far away. In the middle ages the village church would tradtionally organise the community gatherings to distrubute gingerbread to the needy, this cake was a tradition that lasted in the fêtes foraines in France until recently. The most famous fête foraine in Paris at the Place Nation was named after this gingerbread: “La Foire au Pain d’Epice”. In Germany you can still buy the spicy cookie shaped in a heart and decorated with colorful sugar icing.

There were many things about the ambiance which set the scene for the splendid marvel we were about to discover:

-The smell of popcorn, cotton candy and wood fire. The glitter of Christmas lights, the odor of pine boughs, the shimmer of tinsel and leftover holiday decorations.

-Gypsy Wagons in the background, bare trees and the decay of winter

-Awe inspiring lighting that appears to have been illuminated by a real artist. The limelight glow of oldtime candlelit theaters was perfectly captured.

-Optic light shows, one indonisian/psychedelic and one venitian themed. I found the holographic modern spectacle dramatic and spellbinding. The computer generated light projections were great but the choice of disco music unfortunate. However it probably appeals to the general public and children. Of which there were numerous.

The children gaped at a circus clown act, complete with unicycles, trumpet, accordian, juggling and mime. Smooth transitions every 30 minutes to each performance. 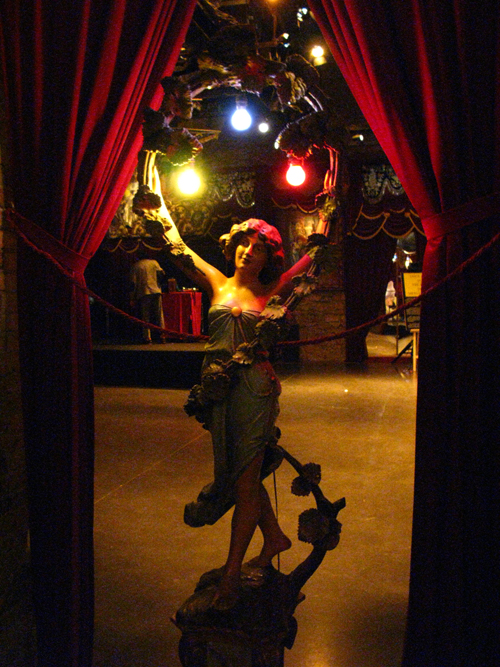 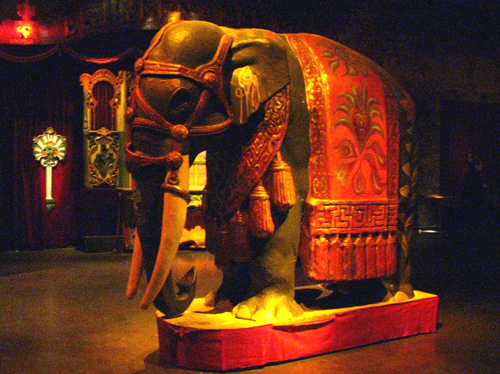 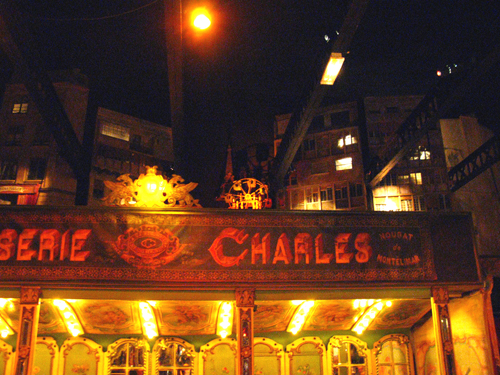 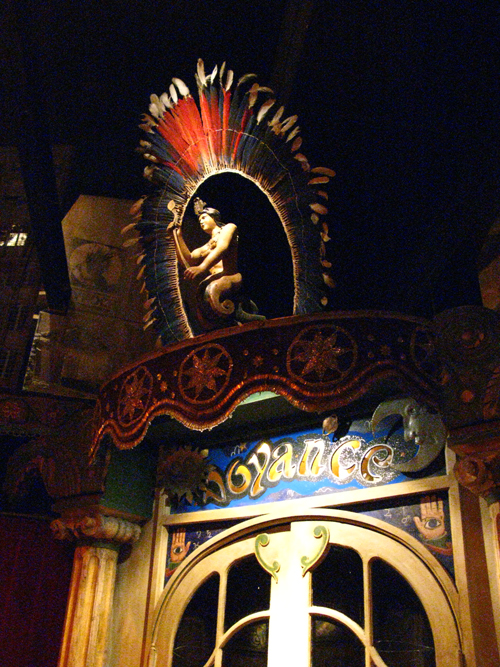 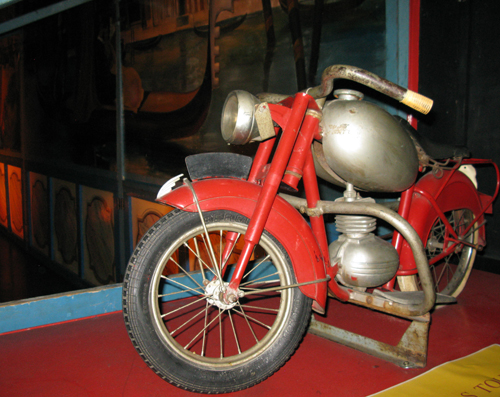 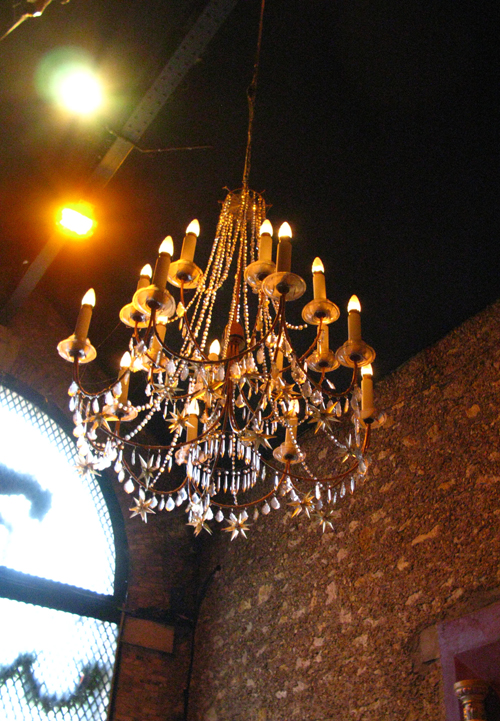 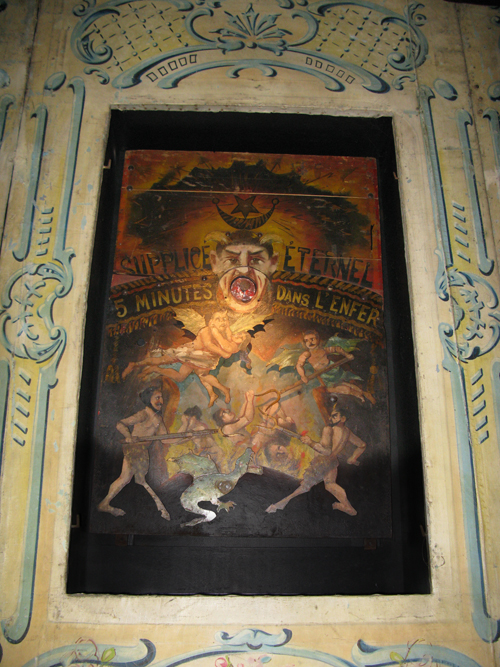 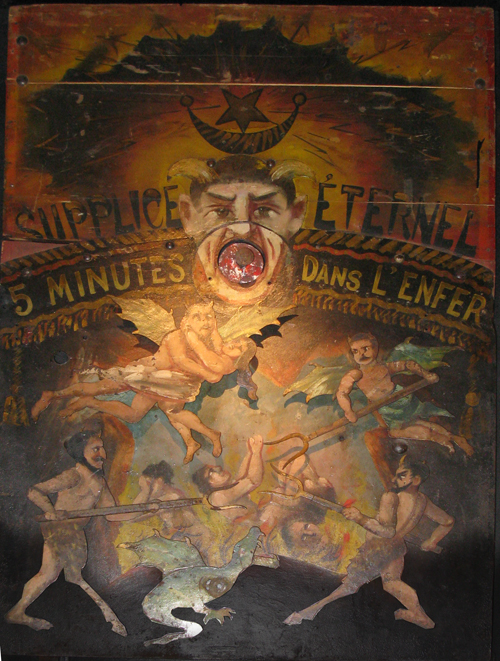