I’ve been dropping hints for a few weeks now about my performance art piece. The inauguration was Monday night and it was a huge success. I can finally share a few photos with you of what I’ve been working on for the last few months. 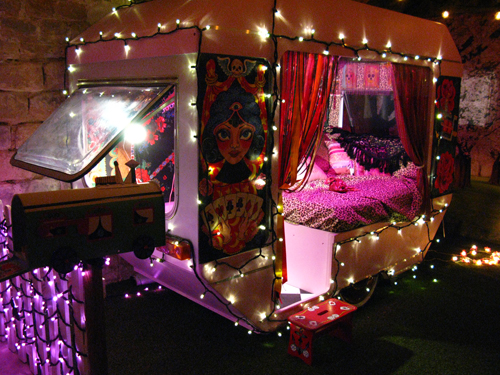 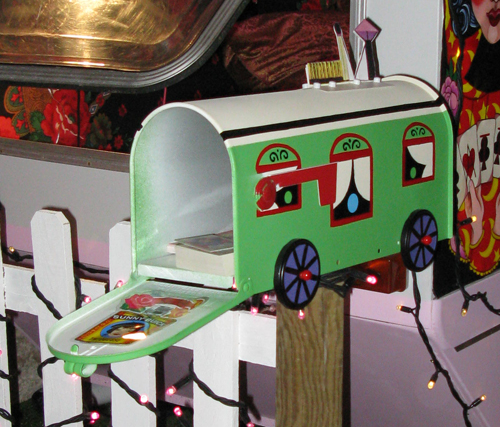 The expo is a group show with many different art forms, all based on the theme of the female body. Almost a year ago I was contacted by a mysterious organization called “Nyctalopes” about the show and asked if I would like to do a “live painting” performance. I laughed and said “it was out of the question”. Painting is so personal to me, it horrifies me to think of people watching me do it, plus my technique is so fussy and detailed that things don’t advance very fast and you wouldn’t see any evolution in just one night. However, I said, I have no problem having people watch me tattoo. 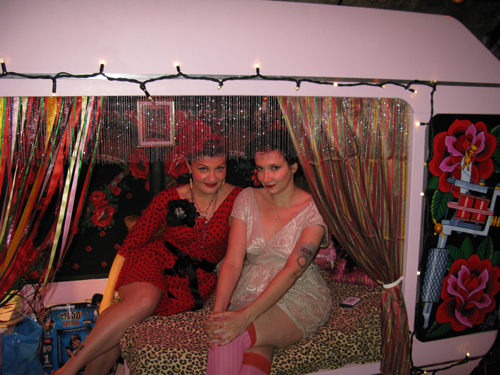 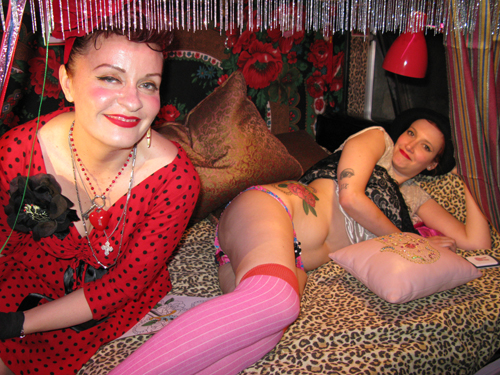 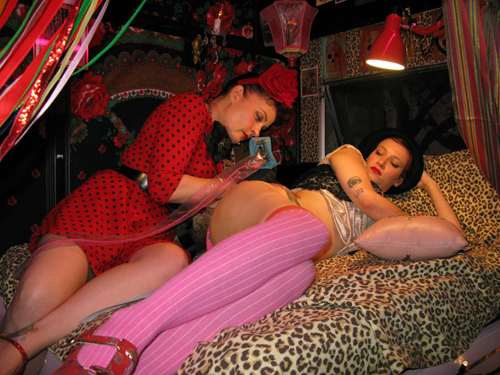 I thought it would be funny to play with typical male fantasies about tattooed women and try to make a tableau out of the act of tattooing. I always try to be glamorous at tattoo conventions, but can never make it as theatrical as I imagine. We discussed just me tattooing Japanese style, on the floor, with cushions and bohemian fabrics. I also mentioned that it was a dream to have a little retro trailer to decorate and tattoo in. 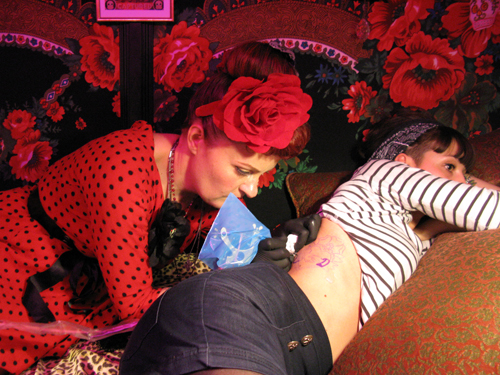 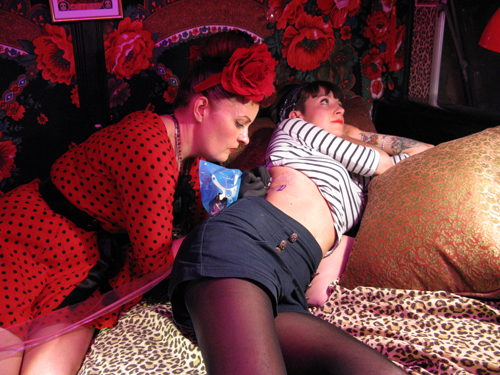 A few months later I was asked me to stop by the Nyctalopes headquarters and see what Dm RK had made for me. Much to my amazement I saw this fabulous little jewel sitting in the living room. A fully dismantle-able gypsy wagon! 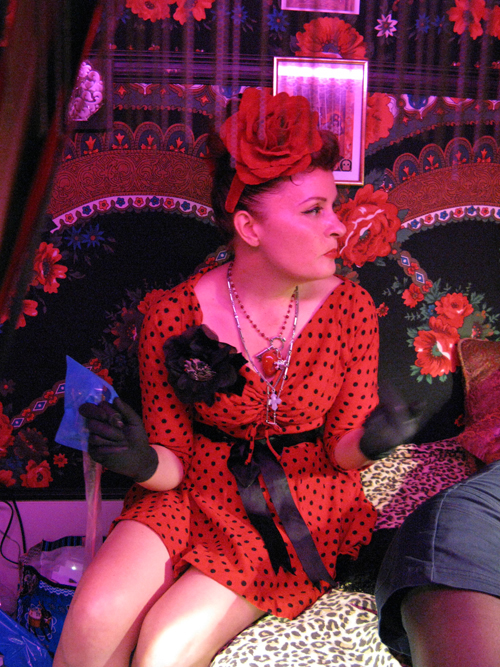 One day someone came by my shop with an American style mailbox. It was their idea that I paint it like a wagon. I also already had my lucky tattoo stool in the works and decided it was a good accessory for the show. I painted the two banners that are attached to the outside of the trailer and my convention banner is also hanging in the room. There are candles and framed pictures on the inside of the trailer that I will show you later.

My room is in the basement of the gallery in what we call in France the “cave”. Vaulted ceilings and stone walls. The gallery itself is in a “Passage” a french term for a covered shopping area. There are over a dozen of these small passages in Paris and I’m crazy about them. Imagine the first mall, over 100 years old filled with quirky shops and many with artist’s ateliers.

They laid down AstroTurf in my room and printed a large photo of a field of cherry trees in blossom. It really makes my trailer look like it’s parked somewhere idyllic.

I hardly did anything! All I have to do is tattoo girls in it for four nights. (The next 3 consecutive Saturdays) I’m also going to bring a few clients in for the next three week to use it as my tattoo studio.

To find girls to do this performance with me I held a casting at my Facebook page and had over 30 responses in just 24 hours. I chose a dozen girls who’s ideas I liked and I will tattoo about three of them each night. The rules are that they have to dress very glamorous and “sexy” without being vulgar.

These photos were taken by Delphine Duverger.

I will post more photos as the month passes by and explain some of my artistic mumbo jumbo of my intentions about the performance (a small manifesto).