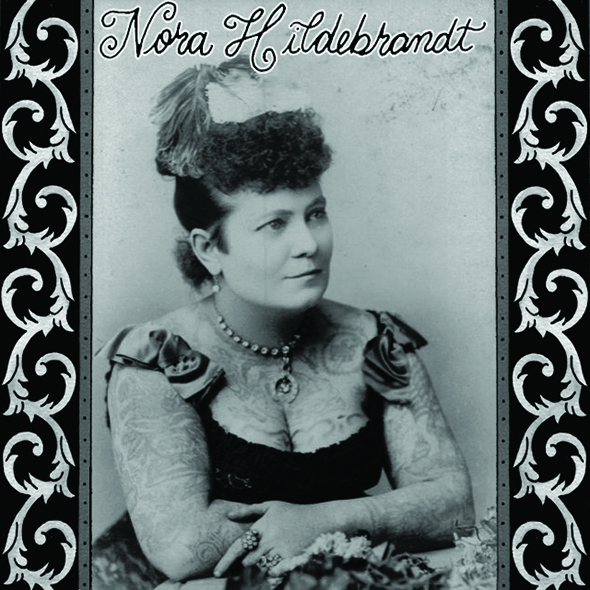 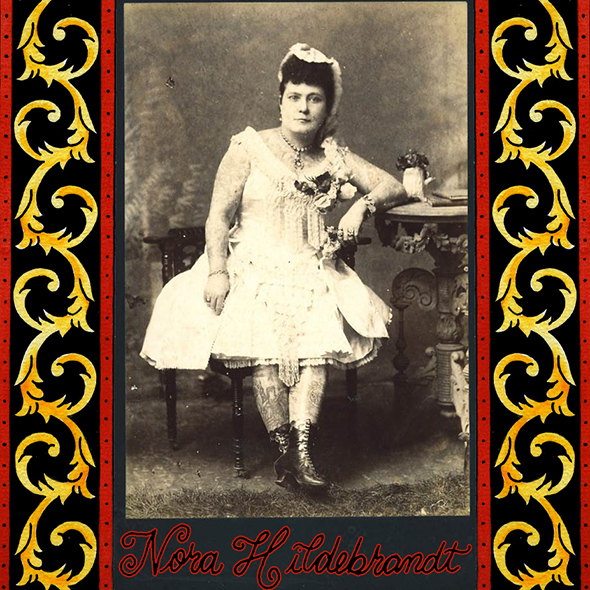 Nora Hildebrandt was the first tattooed woman circus attraction. She was first exhibited in 1882, eighteen years after the international success of Captain Contentus. Like him, her official biography consisted of a tale of being forcibly tattooed in captivity. She recited that she was forcible tattooed by her father, Martin Hildebrandt. He had been invited to tattoo the tribe of Sitting Bull, who then accused Martin of trying to poison them. As punishment or to prove his innocence, he was forced to tattoo his daughter from neck to ankle. A story full of sex and danger, hinting at rape and incest. The far less interesting truth was that the they were common law man and wife. Stories like theirs were fabricated to entice the public. These stories also capitalizing on contemporary fears and anxieties about the «other». Furthered ideas of the «helpless woman» and assumptions that tattoos were marks of the savage.

The biographies of tattooed women had to be carefully constructed, after all Victorian society was very prudish. Fashions of the time completely covered the body and a glimpse of ankle was considered scandalous. However, in order to view the extensive skin illustrations, a revealing costume was necessary, even if normally forbidden. Maybe the main reason for creating the tattooed woman act, was an excuse to ogle a half dressed female! The forbidden, the exotic, a new feminine archetype of survival and triumph, tattooed women were important figures on the road towards liberation. The suffragette movement started in 1848, Nora first exhibited herself just 34 years later. The right to vote came in 1920, 38 years after her notoriety.

The first wave of tattooed performers were totally tattooed by hand poked methods, electric machines were not invented until 1890.

Nora was a huge hit in Mexico. She was presented to the Mexican president and his son and received expensive gifts from each of them.