The Evolution of an Idea

Once while walking around Paris with some visiting friends and talking about tattoo projects, we noticed that on the Louvre building there were lots of traditional tattoo symbols and in fact a lot of tattoo ideas to be found. A little while later I was invited to hang an art show at my friend’s record store, named Born Bad. I wanted to do a series of tattoo images based on the Louvre and my husband suggested the title “Born to Louvre”. Here’s a photo of the building and the painting it inspired.

Some time later someone asked for a tattoo based on this painting and here’s the result: 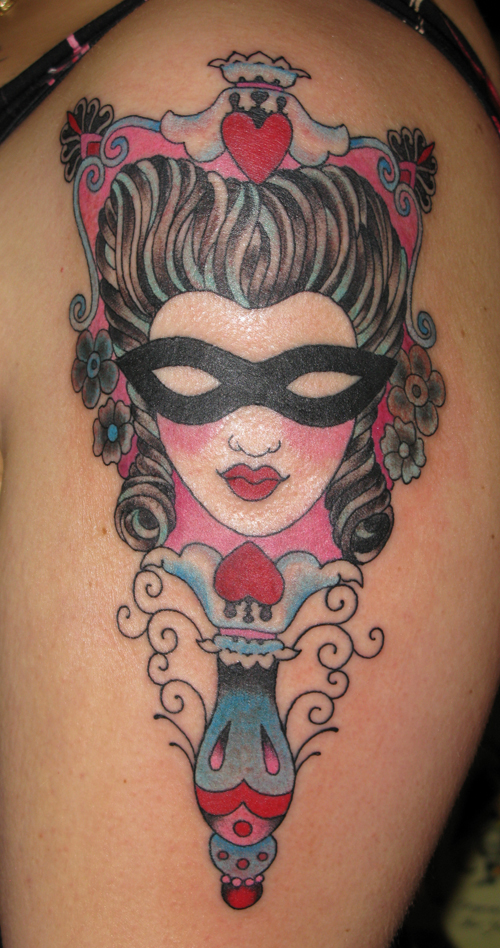 I’m not sure why I changed her into a mirror but it really worked well as a tattoo. Probably has some hidden symbolism that I’m not yet aware of.

I’m glad that people like my work enough to get it permanently etched into their body. I keep on working some of my crazy ideas out on paper hoping someone will want it as a tattoo. I like this idea of getting tattoos inspired by European architecture.