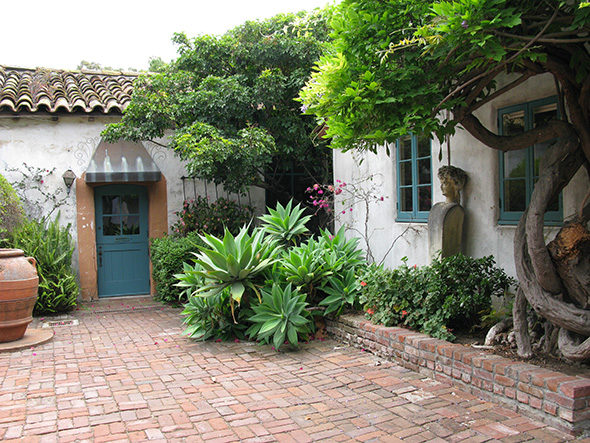 While exploring Santa Barbara, I stumbled upon my ideal art studio. So European but of course with a California/Spanish influence. Look at this beautiful window! And the patina on that wall! I wonder who’s art studio it was? Maybe a couple of artists, an art colony? Sadly it seems to be offices today, probably lawyers. 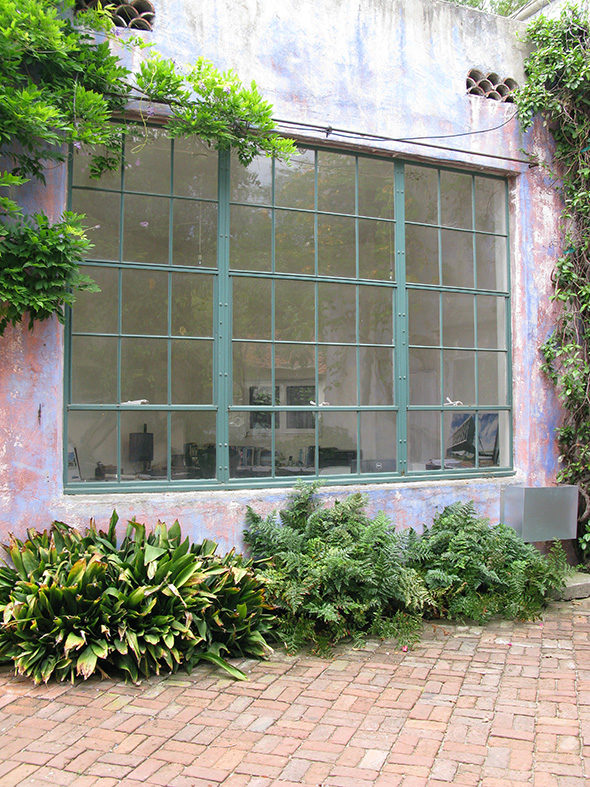 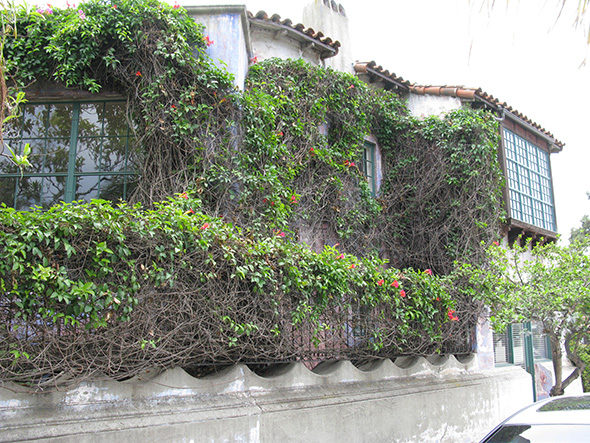 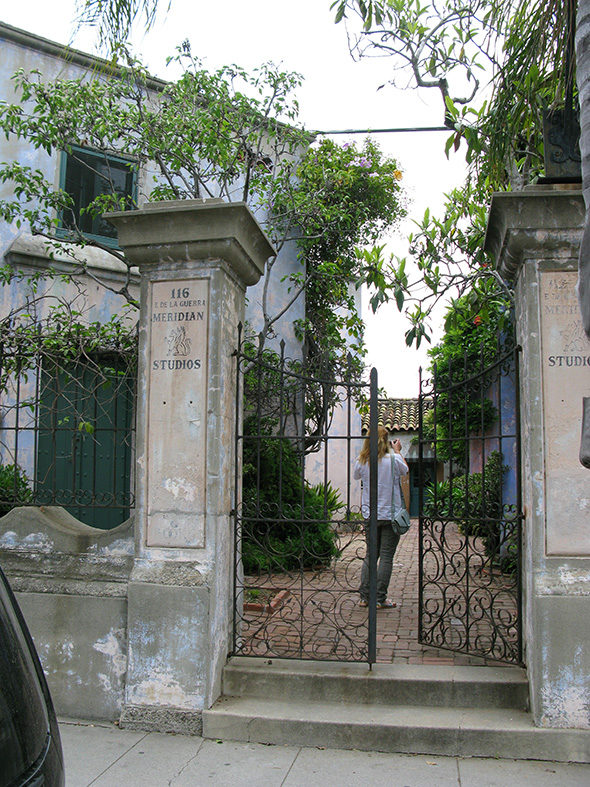 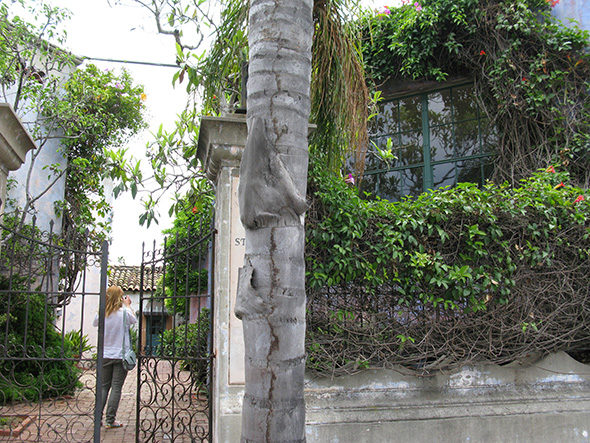 We found this record shop by chance. It has a very good selection with beautiful handcrafted record bins. The guy working there was really nice too. I found a Slim Whitman record. 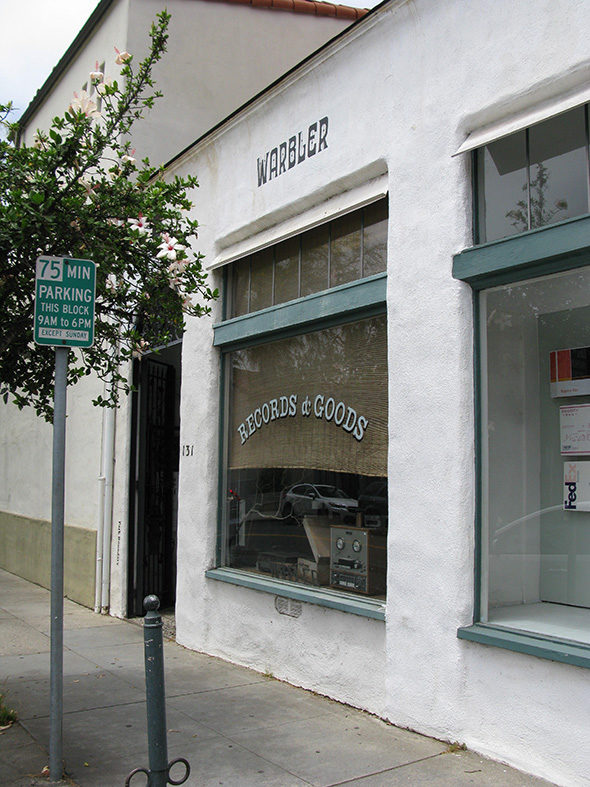 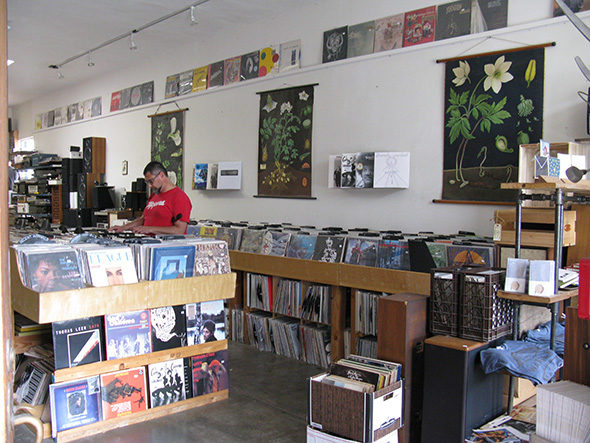 Across the street there is a museum, I didn’t catch the name of the said museum, but the show up at the moment was about the Spanish culture in Santa Barbara and the festival “Old Spanish Days”. 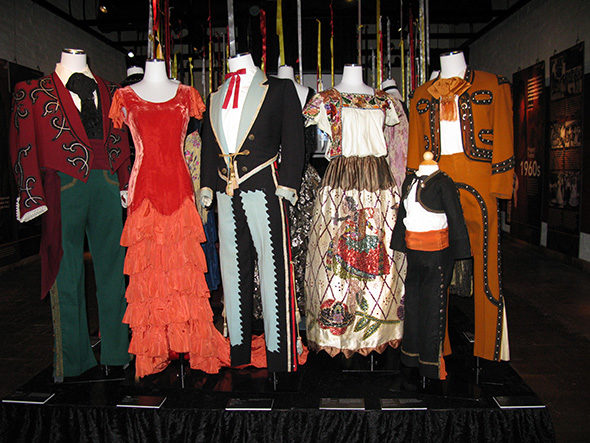 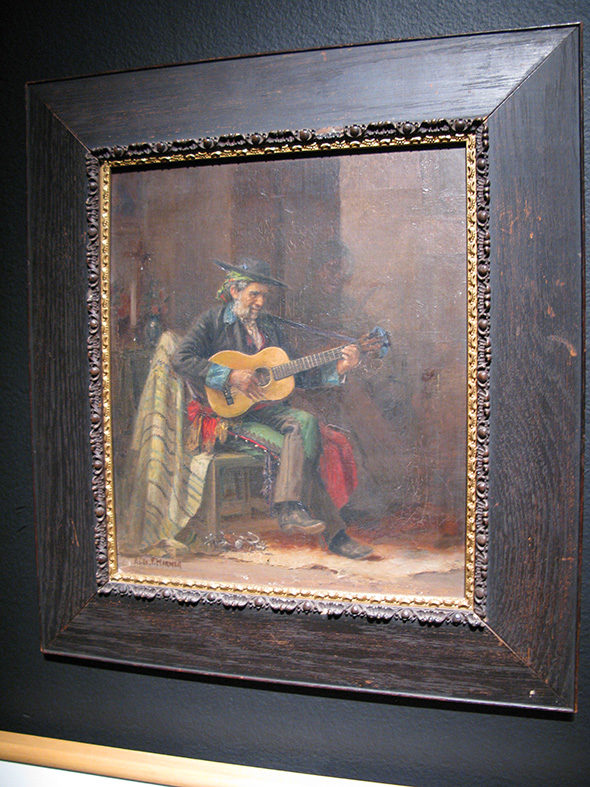 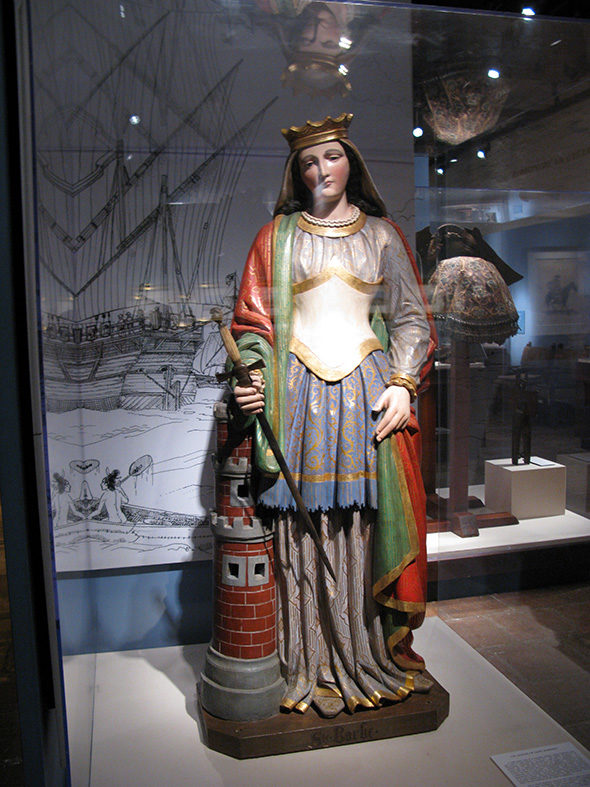 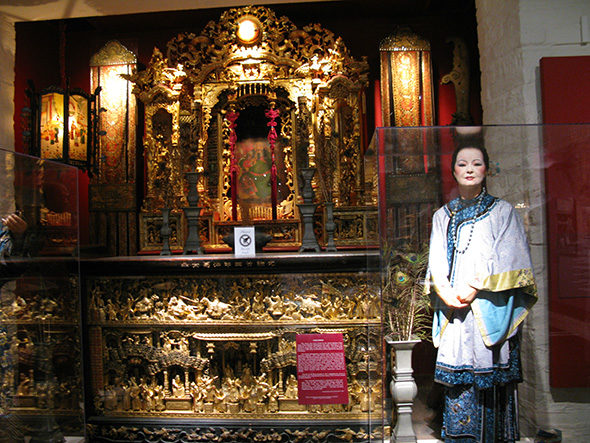 Oh California! If anyone wonders why my art is so influences by Mexican and Chinese imagery, now you know. It’s my growing up in California. 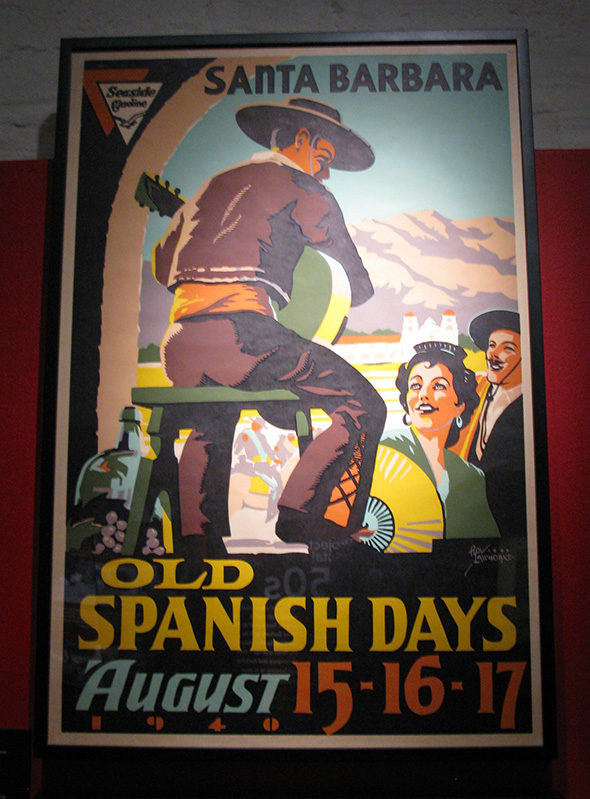 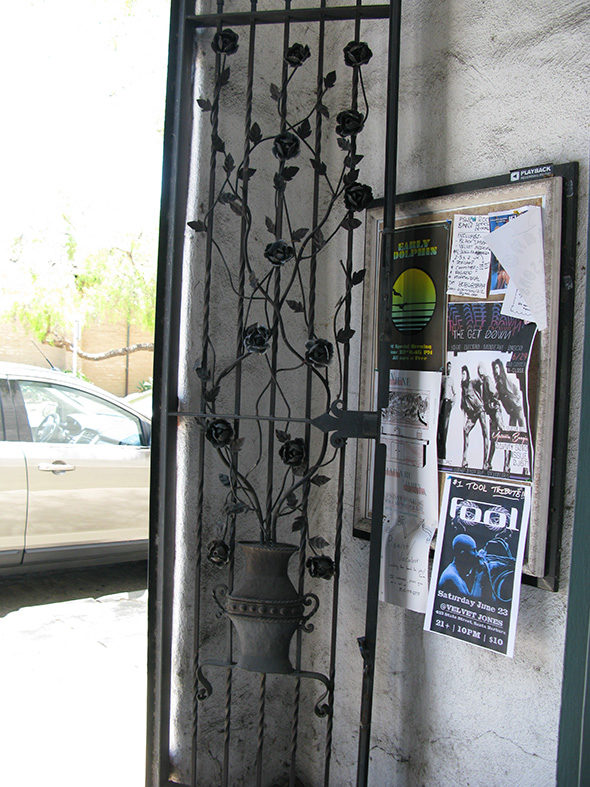 We had lunch next to this beautiful cinema and found a great antique shop nearby. The store had all California/Spanish antiques and jewelery. A real treasure, very expensive, but like a museum in the quality of what was in the store. I was very impressed by this collection of portraits. Anders Aldrin. 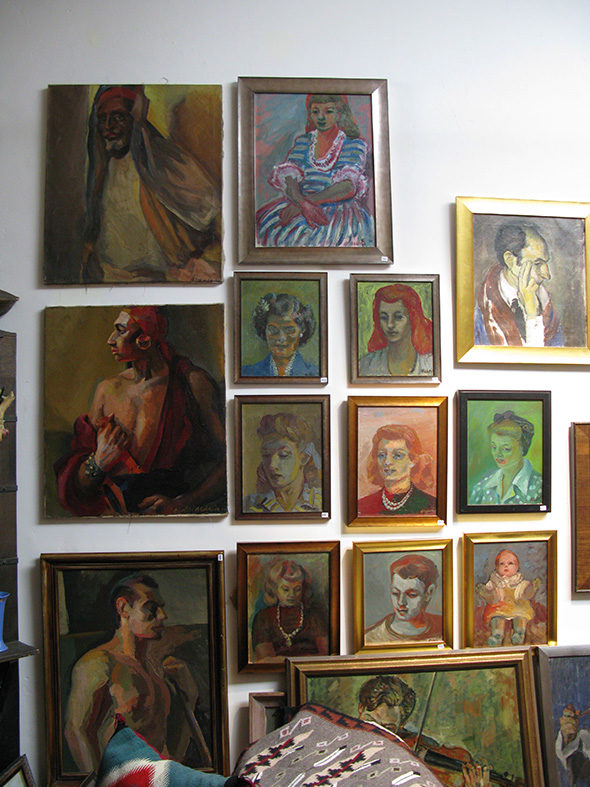 I grew up near Santa Cruz, I spent many summer days at the Boardwalk. I don’t remember what was in this warehouse before, when I was a kid, but the museum there shows that it used to be a swimming pool in the 20’s – 40’s. Now it’s miniature golf with a pirate theme, with animatronics! And a super cool lighthouse! 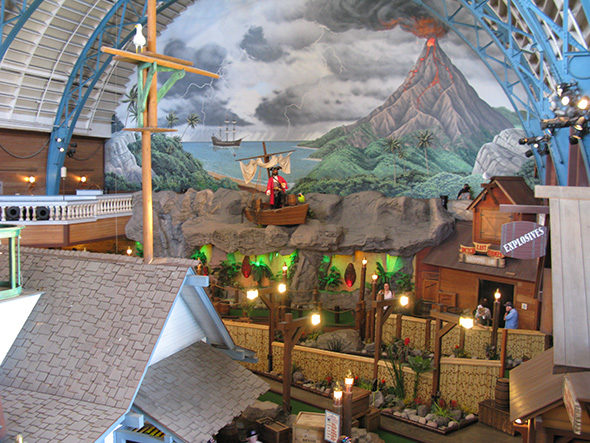 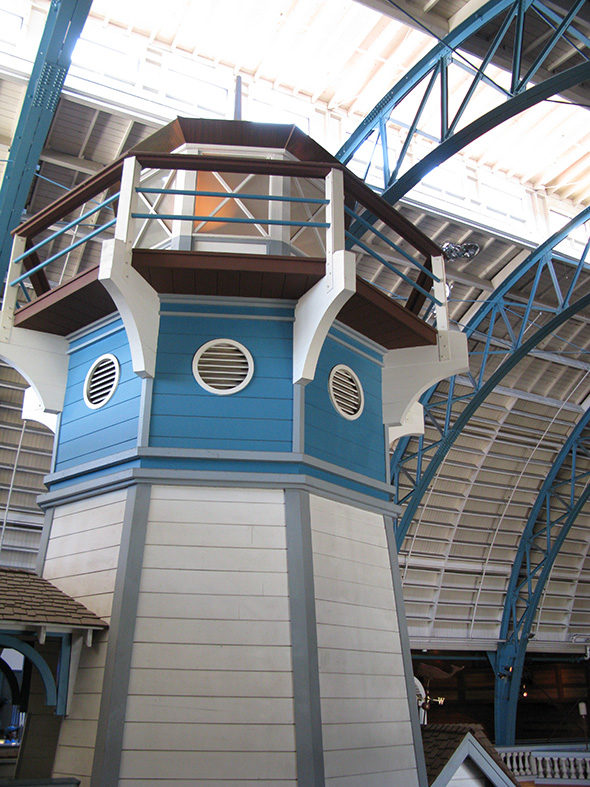 The caveman and cavewoman are still on the aerial tramway. And it still gives me vertigo! 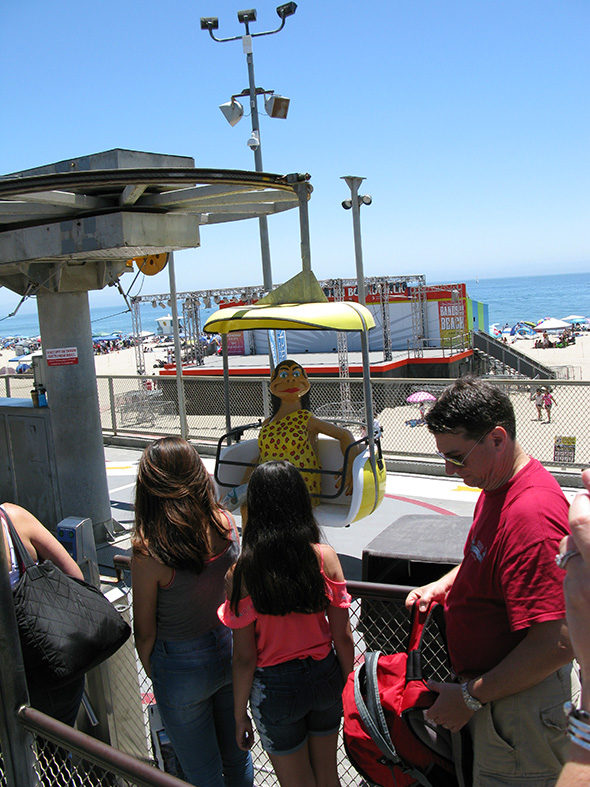