These are the three characters in my performance art/lecture in Spain at The Wild Weekend in Majorca, Spain. 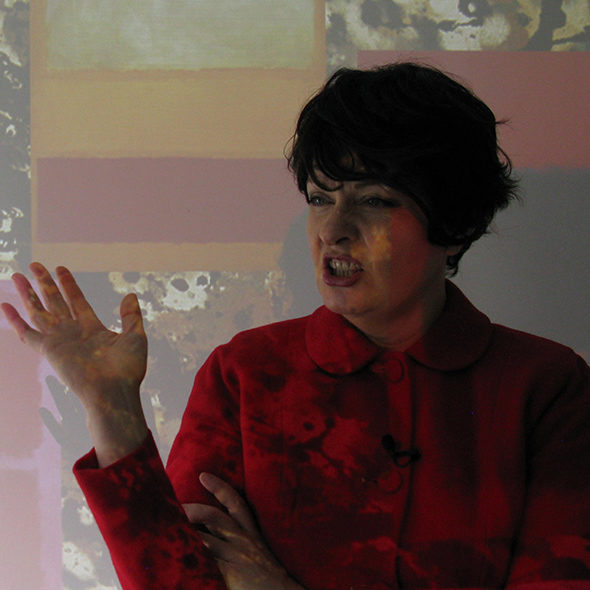 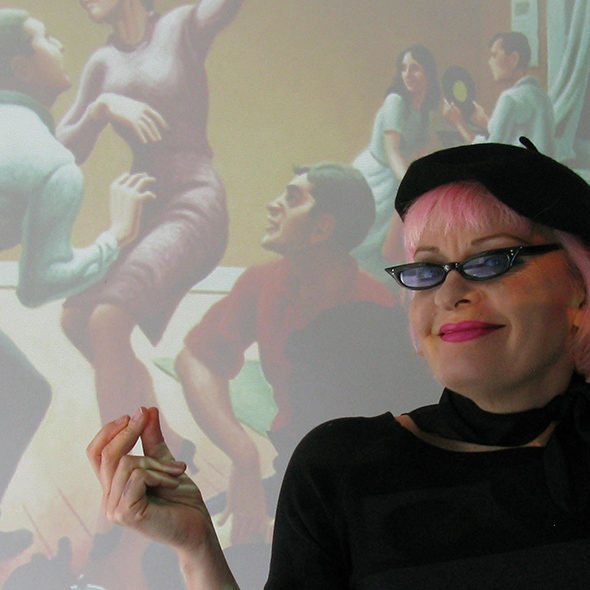 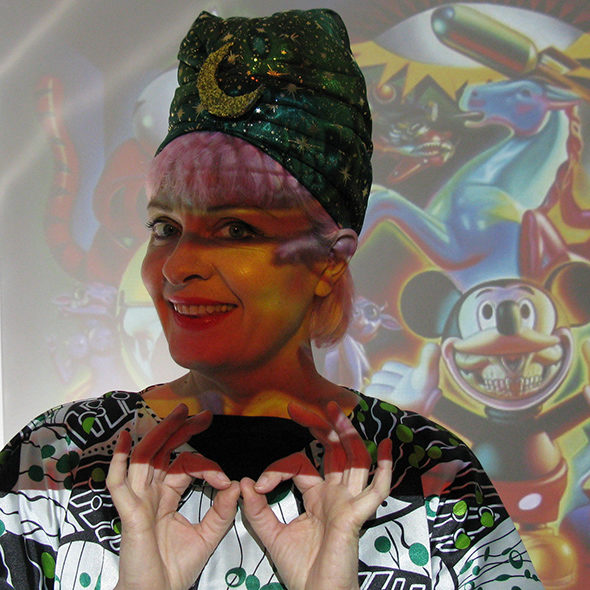 Sunny Buick was born in British Columbia, Canada and grew up all over Northern California, finally ending up in San Francisco in her teenage years. In 1986 while attending a high school especially for artists she started to hang out in the milieu of San Francisco tattooing, and began to tattoo professionally in 1992. She served a formal apprenticeship with Henry Goldfield for 6 years. All of her work is heavily influenced by tattoo imagery, a symbolic language in her art.In addition to tattooing Sunny is an accomplished painter and has exposed her work in galleries and museums in the US, Europe and Australia.

Sunny was involved in the West Coast Low Brow and Tiki art movements. She has appeared in several art books like Vicious, Delicious, Abitious and Beatsville, and many others. In San Francisco she participated in the Mexican community ritual of making Day of the Dead installations, in museums and galleries including the Yerba Buena Center for the Arts.

She also organized a gigantic art show and catalog called SciFi/Western, in San Francisco with over 100 artists from all over the world. She arrived in Paris in 2003, where she opened her own private tattoo shop in 2009. She belongs to a Parisian art collective called Gang of Witches.

Sunny will present a « Eye Candy Bulimia » a spoken word/performance piece about Tattoos/Lowbrow art. Cannibal Bonbon is the title of her artistic manifesto, therefore « Eye Candy Bulimia » will be an extension of how she sees herself within the art community in which she exherts her trade. Since her apprenticeship with Henry Goldfield where she learned tattooing and also the art of storytelling, Sunny has been developing her own skills weaving yarns. She has prepared a personal narrative that is both hypnotic and instructive, and that she hopes you will find amusing. 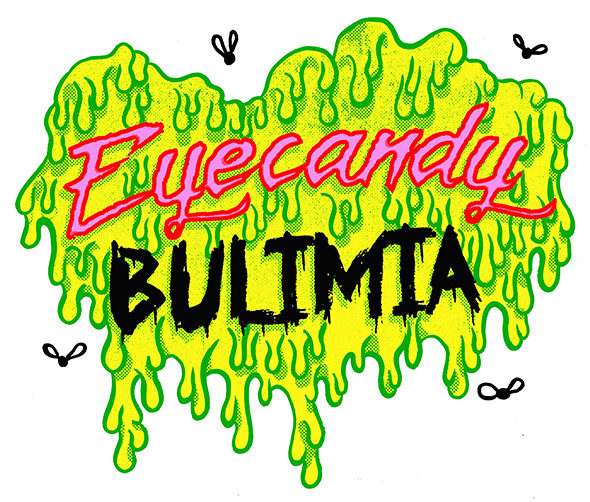