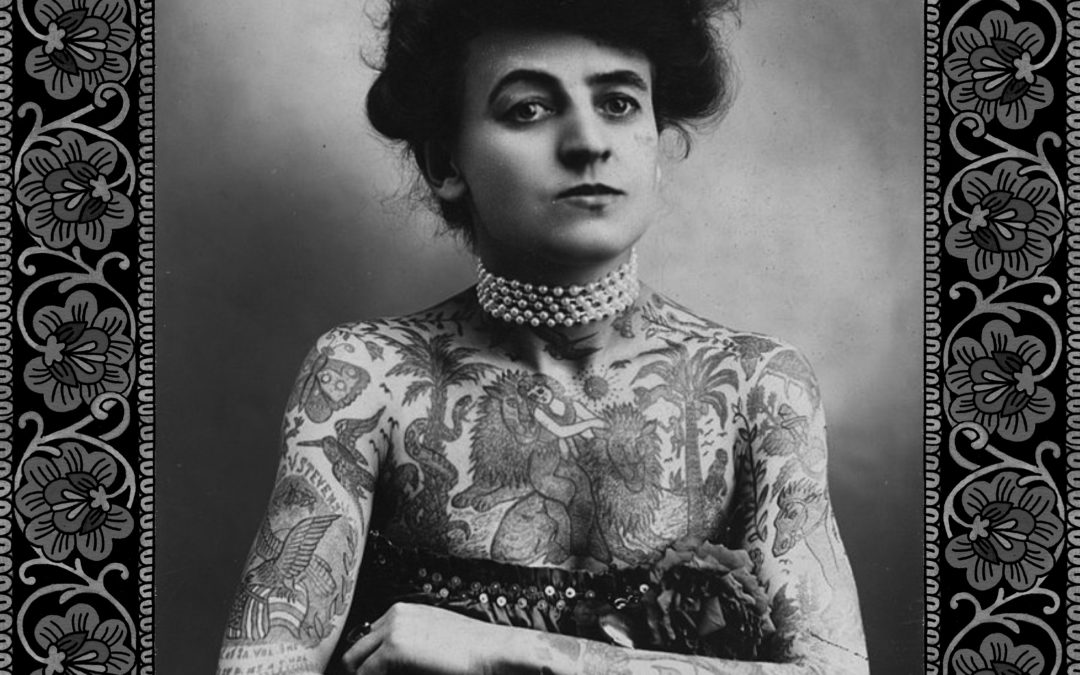 Maud Wagner- If I could go back in time to hang out with anyone in this series of tattooed women, it would be Maud Wagner. She was pure circus stock, looked like a wild gypsy, had a wiry petite body and untamed hair. She was an aerialist and contortionist in traveling circuses before she was a tattooed attraction and then became a tattoo artist herself. It is said that she was the first female tattoo artist in America. Her interest in tattooing started when she met Gus Wagner (no relation to Charlie Wagner) who was also traveling with her circus. He was already well known as « the most artistically marked up man in the land ». Legend has it that Gus asked her for a date and Maud said she would accept on one condition, if he would teach her to tattoo. 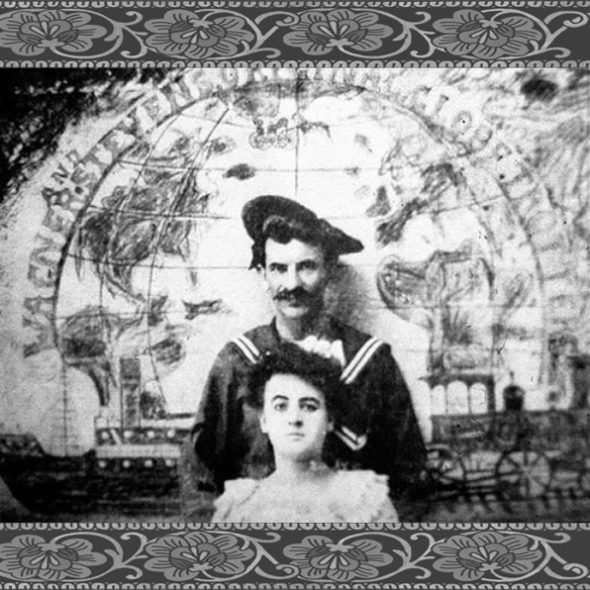 Maud and Gus continued to tattoo by hand even though the electric tattoo machine had been invented. They worked with a handed-down, classic craft in a ritualistic way. It is interesting that they remained so traditional in a swiftly modernized world, like the faithful, preserving a way of doing things, resisting industrialization. Maybe they tried electric and they didn’t like it or maybe they wanted to remain independent of electricity. In circus tents on the road, electrical current wasn’t guaranteed. 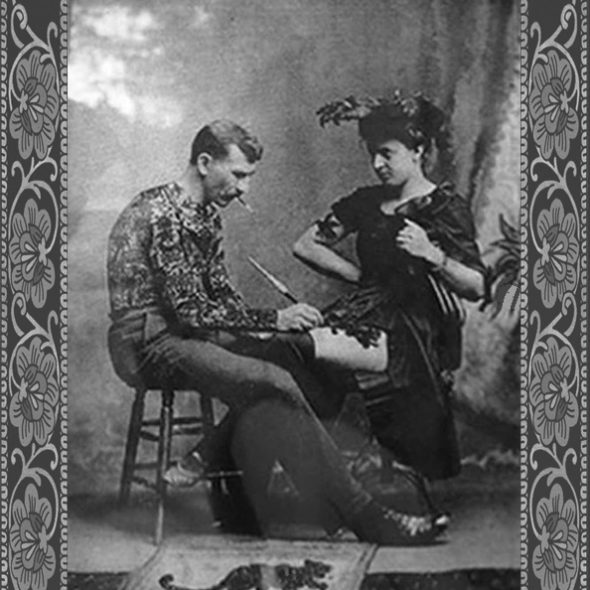 Maud’s chest piece was a woman with 2 lions, which makes me think it’s a picture of Circe. Maybe Maud really was a gypsy witch!

Their daughter Lotteva also became a tattoo artist but promised her mother never to get tattooed.

Maud and Gus were a bit better at documenting their life. So much of tattoo history has been lost or destroyed. However, I have so many unanswered questions about Maud. Where did she learn aerial training? Did she start as a child, was it through her family? She had a sister act, the Stevens Sisters, so it makes one think she grew up in the circus. Why did she switch careers, was too dangerous? Or was she ambitious for fame and saw that flying the trapeze wasn’t getting her where she wanted to go? 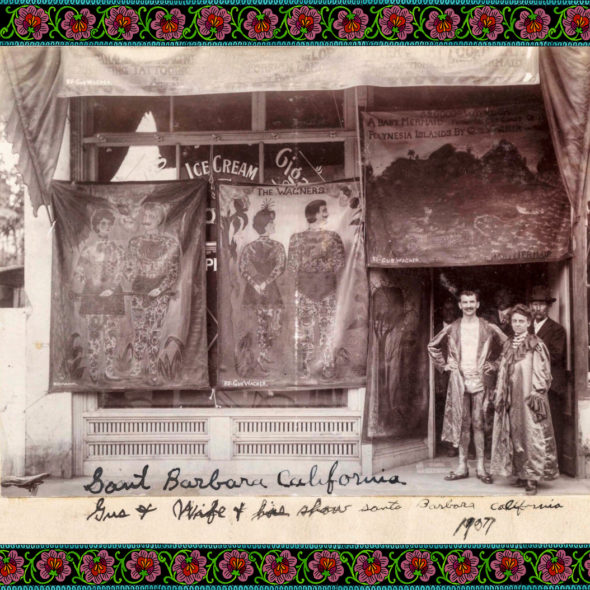 Why did she tell her daughter not to get tattooed? Did she not want her daughter to judged and treated the way she had been because of her tattoos? 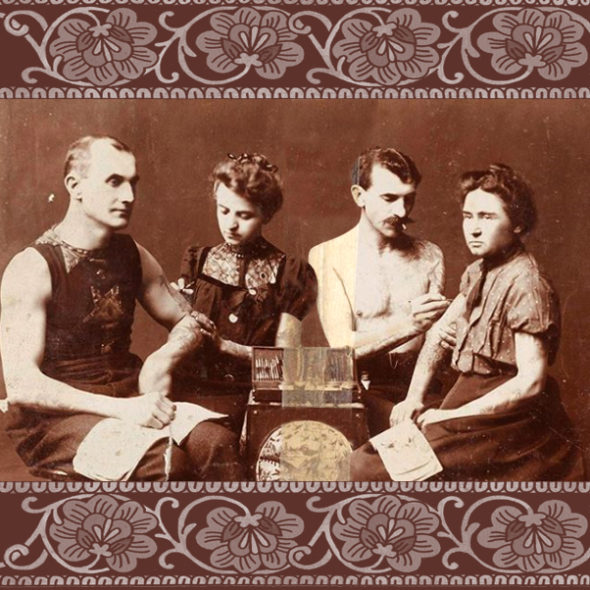 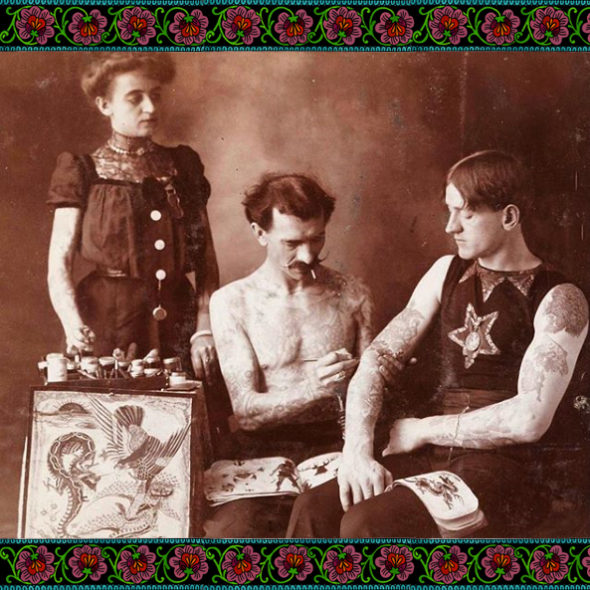 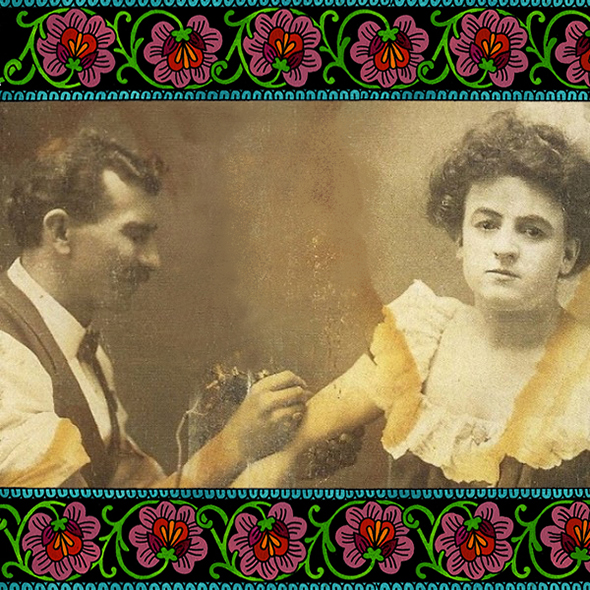 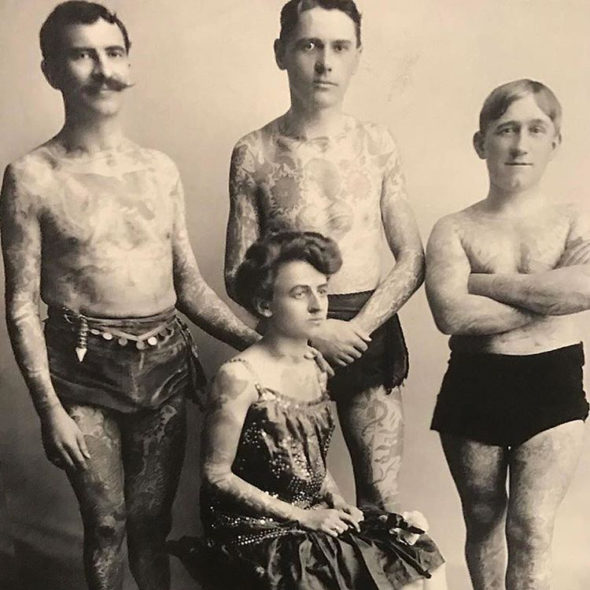