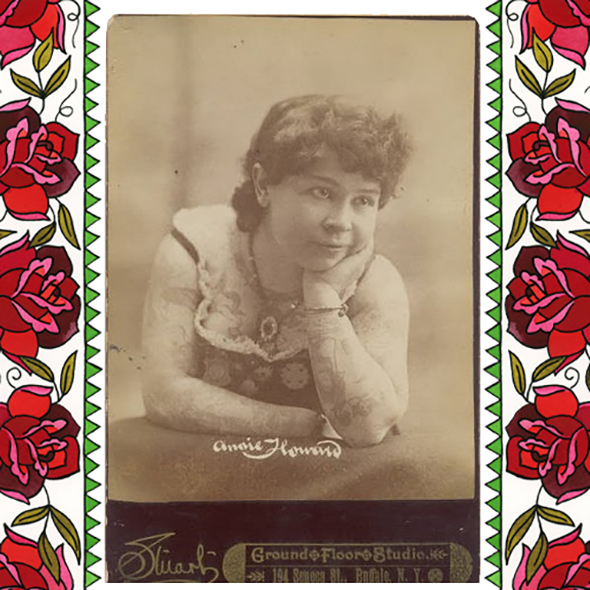 Annie Howard was known as the « tattooed Venus ». She was a spitfire rebel ; a divorcee who once slapped a man for insulting her tattoos, which landed her in jail for 10 days ! A news article states, that Annie was arrested early on in her career (1882) on her way to a job interview at the Bunnell museum. She was accused of attacking a man for making derogatory comments about her tattoos. The arrest and ensuing publicity won her the job. The press she got from the incident actually, helped both her notoriety and to kick start her career. Maybe it was a publicity stunt ?

She had been married before. The cause of the divorce was recorded as being an affair with a « tattooed man ». 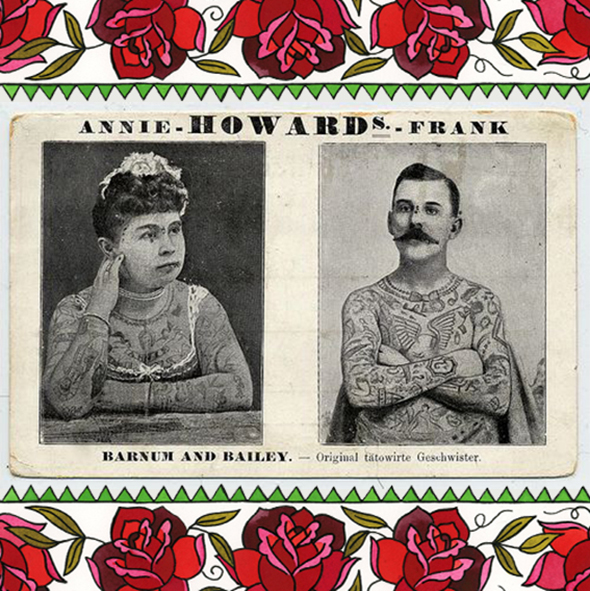 Annie was said to have been tattooed by her husband Frank Howard. Her tattoos were done between 1882 – 1885, that means tattooed by hand. She had a necklace with a horseshoe, two cherubs holding a banner with her name and nautical stars on her shoulders.

Annie and her husband Frank exhibited in almost all of the major American circuses. The two traveled all over Europe. They didn’t invent anything new; they told the same old story about being captured by savages and being forcibly tattooed. They also alternated between being billed as husband and wife or brother and sister. Whatever seemed to work best. One variation of their story goes : Frank’s sister while visiting, and watching him tattoo clients, pestered him into tattooing her. And once tattooed she wanted more and more, until finally getting covered. 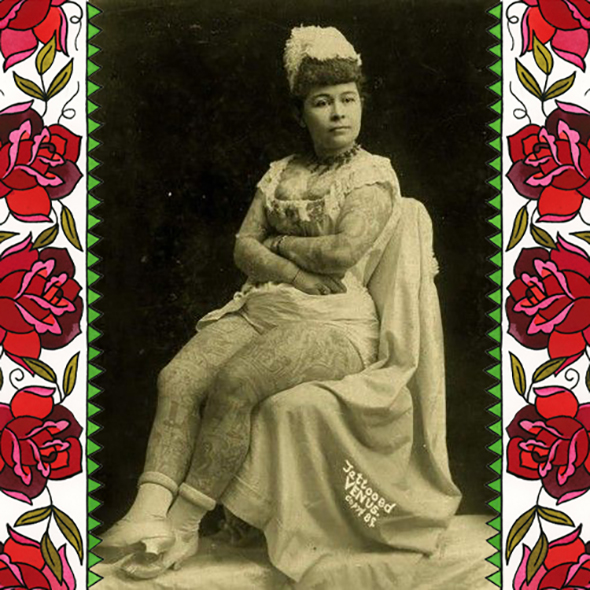 They had a daughter, Ivy. Children of circus performers were allowed to travel with their parents only if they also had an act. So, the family came up with different routines : as a pint-sized snake charmer, a coronet player or Circassian Queen. Ivy was put into a mental asylum later in life.

Annie and Frank came from Providence Rhode Island, and both came from a family of jewelers ; so, it is possible they met through relatives. 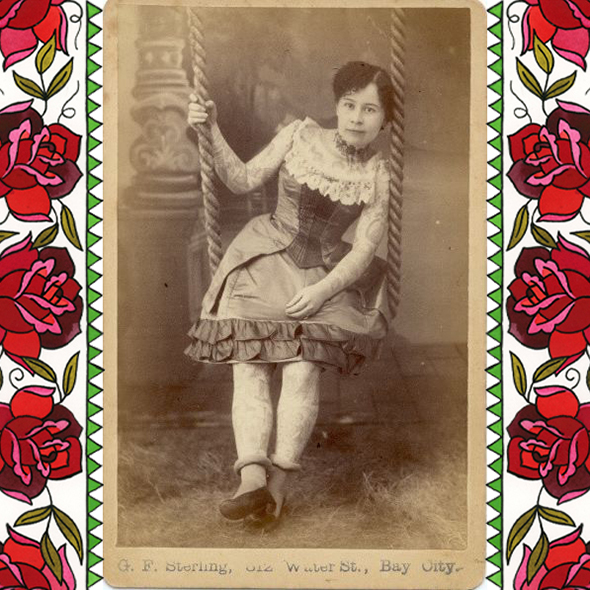 After their circus career Frank opened tattoo shops, the first one in New York, then he moved it to Boston. He also had business partners and a tattoo supply business, he went by the name of « Professor » Howard.

There is a great book »The Life and Times of Frank and Annie Howard » by the Tattoo Archive available through The Book Mistress. 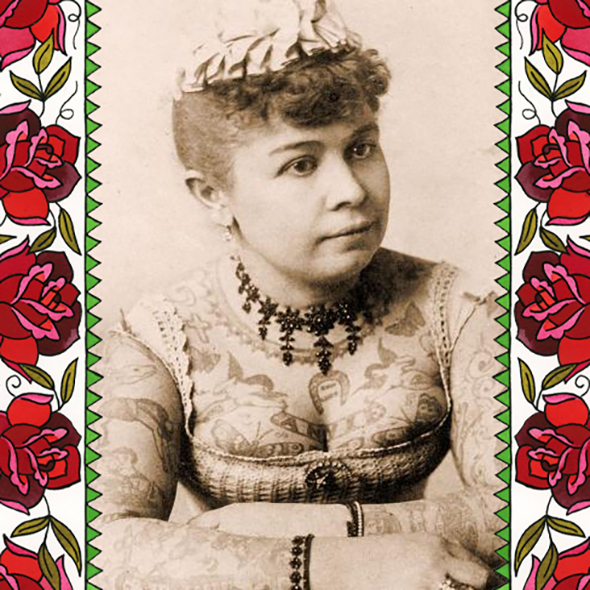