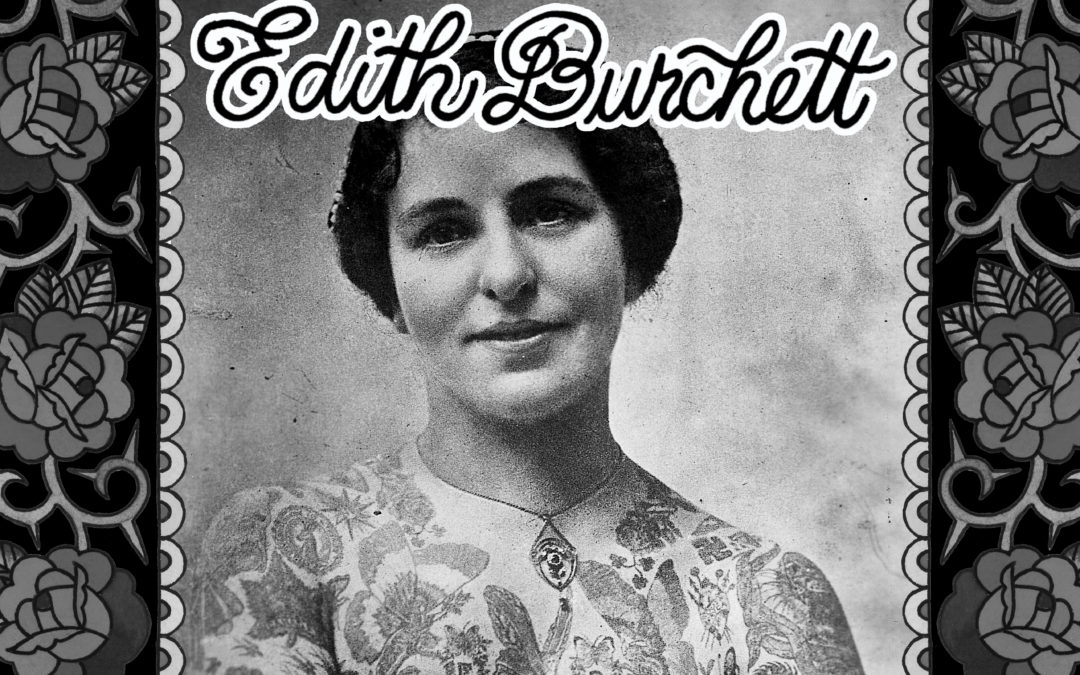 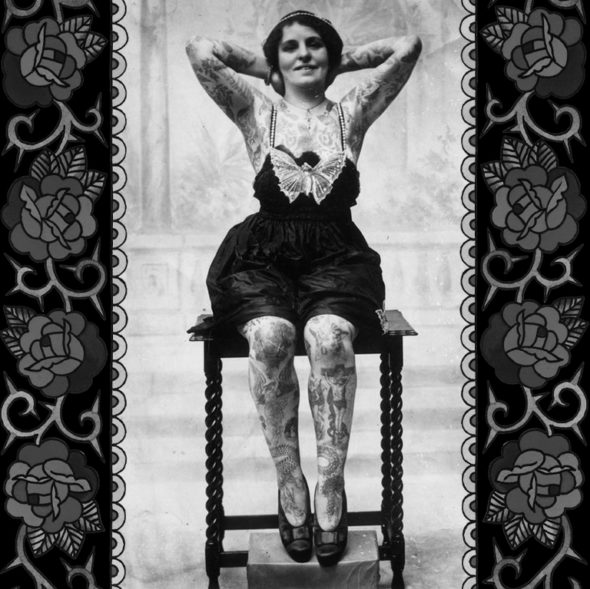 Edith Burchett was the wife of tattoo artist George Burchett. In 1913, after the 4th of 6 children she finally agreed to be tattooed by her husband. Because George was well established and experienced by the time he tattooed her, he was able to plan her collection, it was a project much more cohesive, organized and planned out than most people would collect their tattoos. At that time he could study all the other full body collectors, like some of the ladies I’ve written about in this series. How they were arranged and how he could improve on those who went before.

Mr. Burchett was popular for a while with the upper crust of English society. After Japan opened up to Occident ; it was sailors and the wealthy that could travel there. Many were fascinated by the tattoo culture and came back decorated. This in turn created a fashion back home. In 1923 the discovery of a tattooed Egyptian princess started a fad with society ladies to get tattooed.

Edith’s tattoo collection included serpents, a Geisha, an Indian, a crucifixion scene, a red dragon, and copies of old master’s paintings. She had tattooed the WW1 allied flags on her breast.

George made 2 life size portrait paintings of Edith. I could only find one. 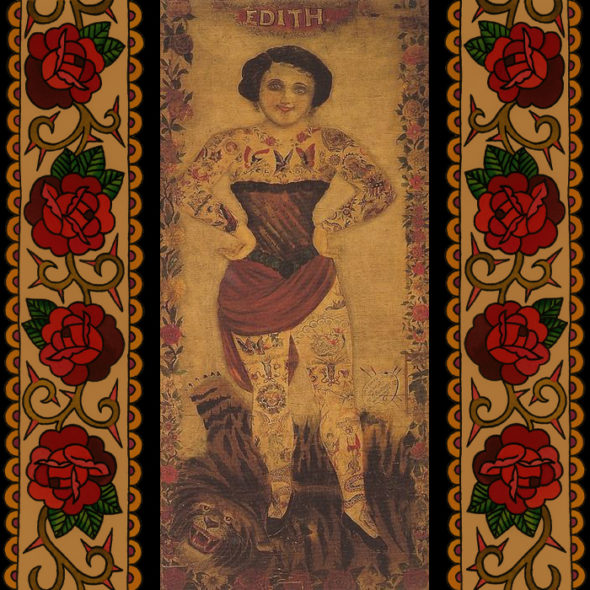 There is a memoir of George Burchett “Memoirs of a Tattooist” edited by Peter Leighton. It was published in 1958 by Oldbourne Book Company and includes photographs illustrating some of his tattoo designs. There is a more recent book by Jon Reiter, The King of Tattooists. 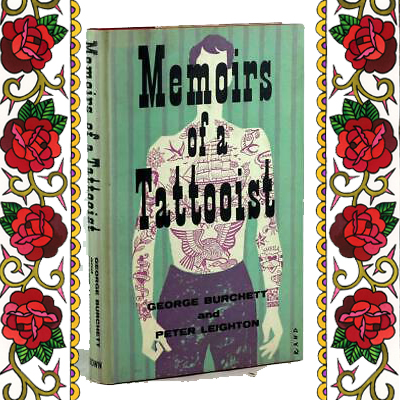 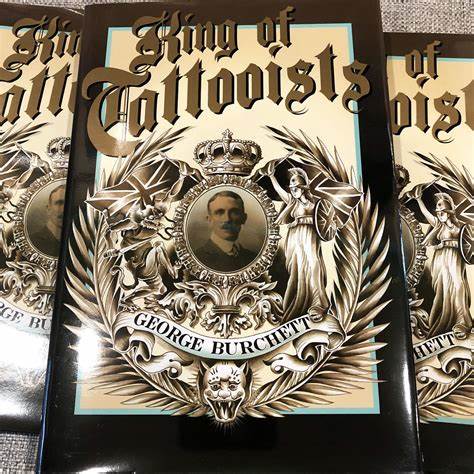 Edith got more modest as she got older, and started to cover up her tattoos with her clothes. 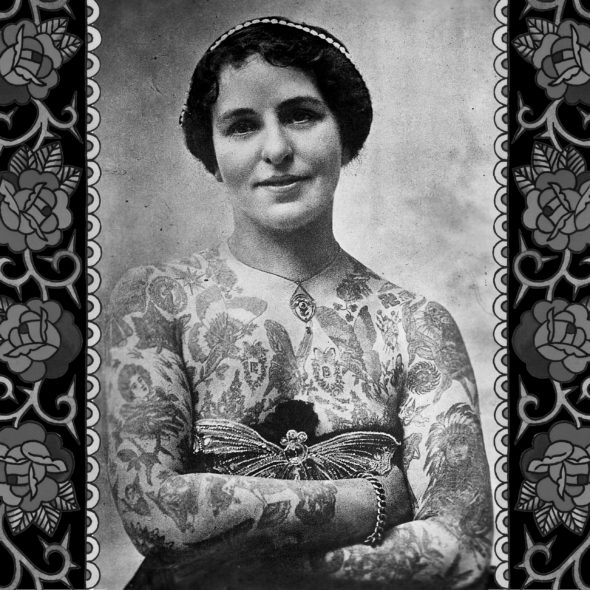 She was never on display like circus attractions, so we don’t know much about her. She was a sort of showcase of her husband’s work, a business card for him. 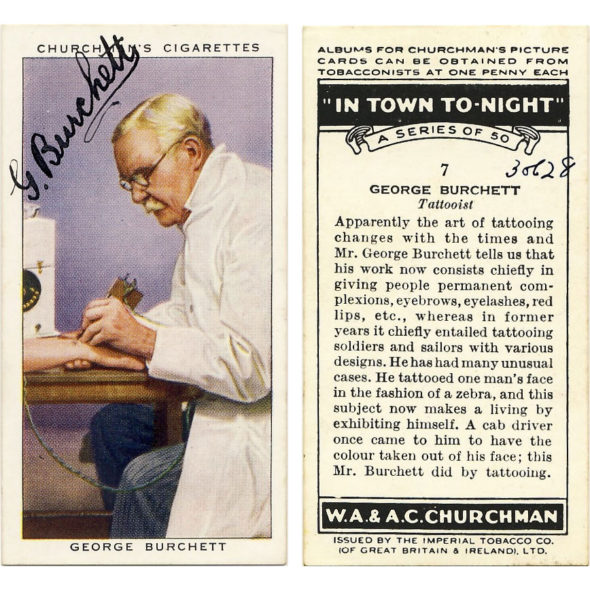 All of my other articles about tattooed women in the circus can be found on my blog under the category « tattoo history ».

I am available for speaking gigs about the history of tattooing.