Museum of Tin Toys in Yokohama 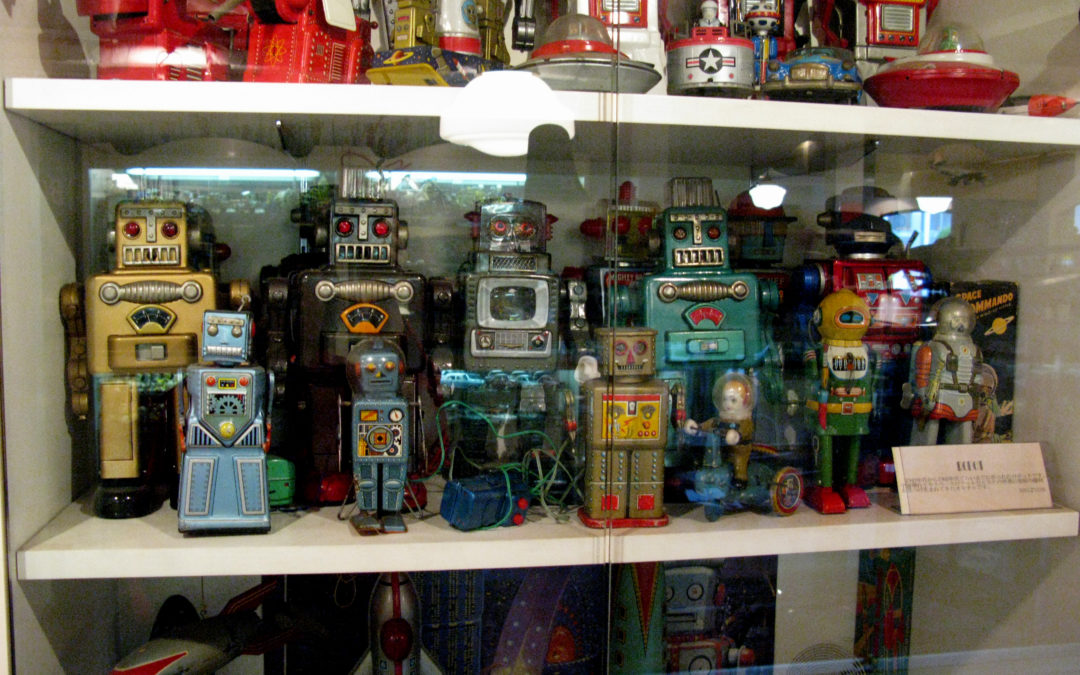 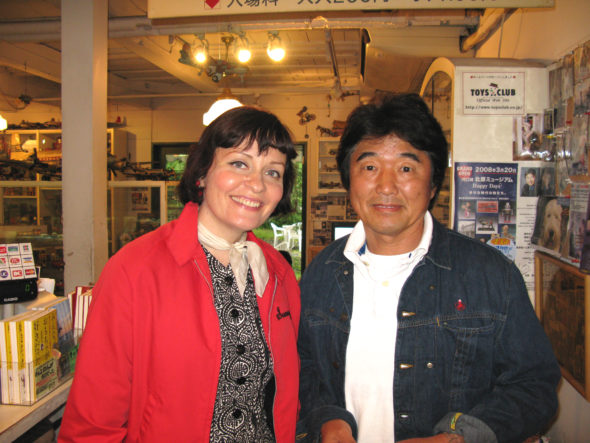 I’m a huge book collector. For instance, tons of inspiration for my art work comes from books like, 1000 Robots, Spaceships and Other Tin Toys and American Tin-Litho Toys Taschen, 1996.

Because of my love of this book I made sure to visit the Museum of Tin Toys in Yokohama in the Spring of 2009. It was like a pilgrimage for me!

Indeed we were so lucky to meet the owner, Teruhisa Kitahara, who happened to be at the museum the day we visited. He was super nice and likewise gave me a book about Japanese artists inspired by toys. While we were in Japan we happened to see a show on television that he hosts.

Kitahara has been meticulously collecting toys for many years. For this reason there are a total 7 toy museums that in Japan, created by Kitahara. I hope to visit them all one day! 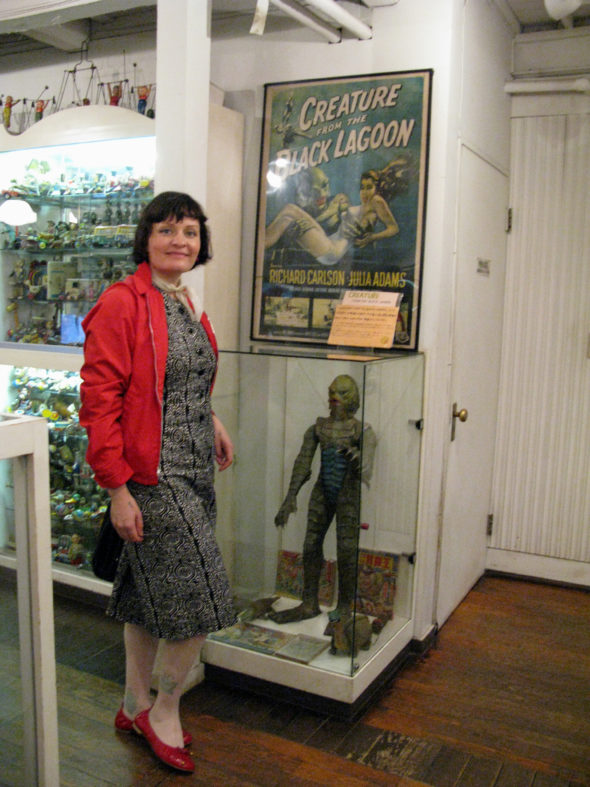 Creature from the Black Lagoon

Notably, at the museum there was a miniatures version of the monster from a famous fifties horror film. A big fan of the costume of the creature of the Black Lagoon, I made a painting imagining the whole family. There is a bohemian in the family, some aristocracy, twins, the perfect American family, and a grumpy Southern General. 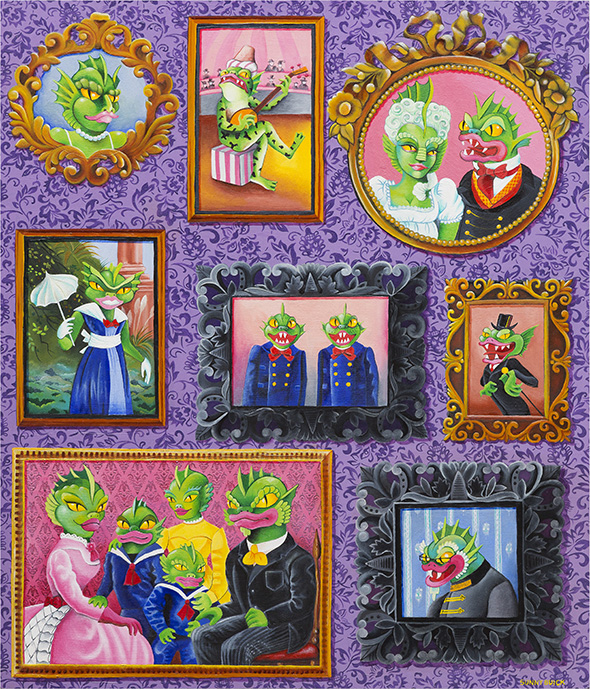 An interesting fact- a woman designed this costume. Unfortunately, Milicent Patrick didn’t get film credit for her work. You can read the fascinating story here. It is probably one of the best horror film costumes ever created.

For instance have you seen the movie The Shape of Water, by Guillermo del Toro? It’s like a more romantic version of The Creature from the Black Lagoon, where the woman is not a victim, and the monster is misunderstood and vulnerable and the woman falls in love with him and protects him. 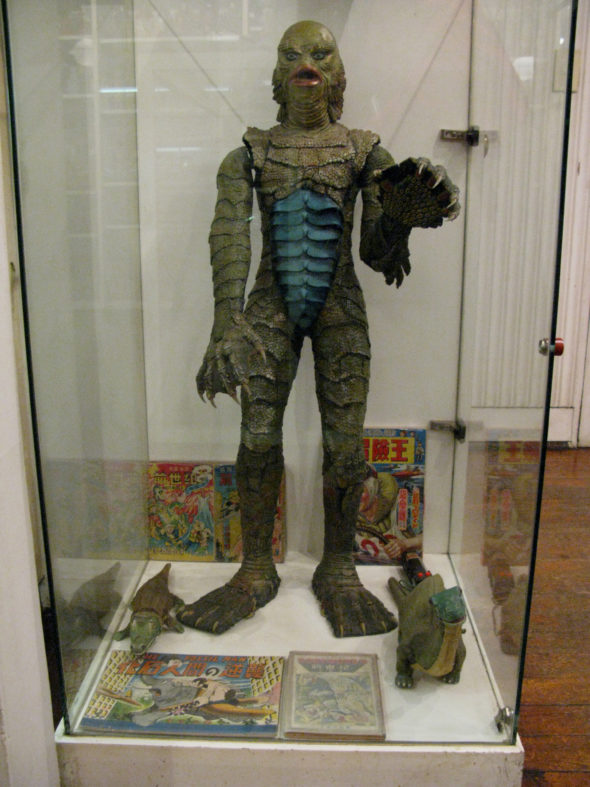 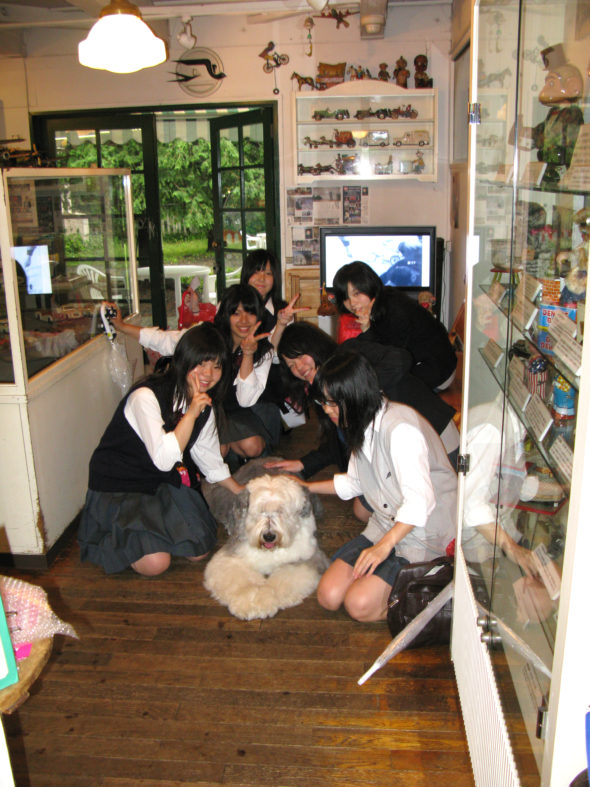 Everyone loves the homey feel of the Tin Toy Museum in Yokohama, for instance, here is a group of school girls who were visiting the museum and fell in love with the museum’s mascot, an English sheepdog. 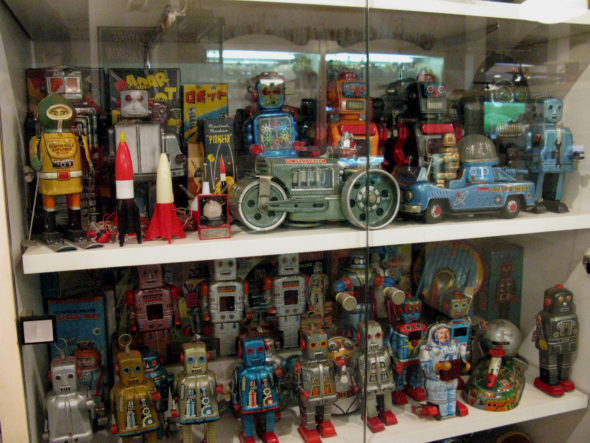 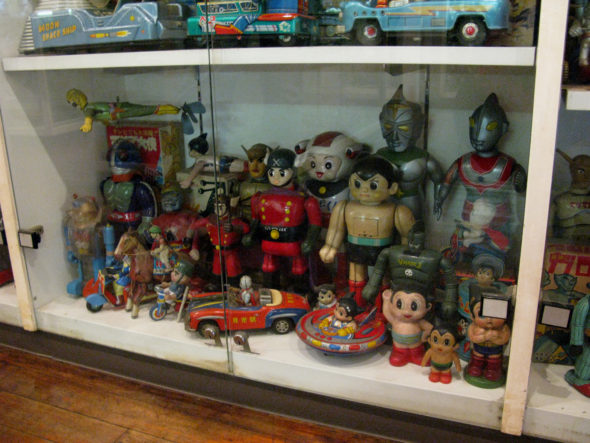 It is fascinating that Kitahara has been able to collect all these toys. Many of these toys were manufactured for export, and sent around the world, mostly to the United States. Japanese children never saw or got to play with them. Maybe Kitahara felt it necessary to bring all these toys back home, where they were born as a way to celebrate Japanese workmanship and the history of toys in general.

He also makes reproduction toys, has a t.v. show about antique appraisal, he gives lectures and writes books and magazine articles. 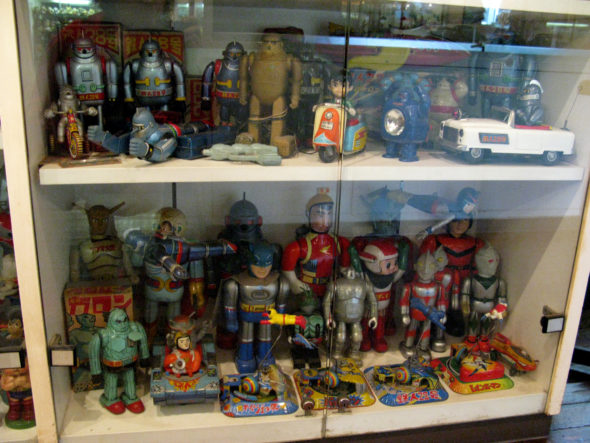 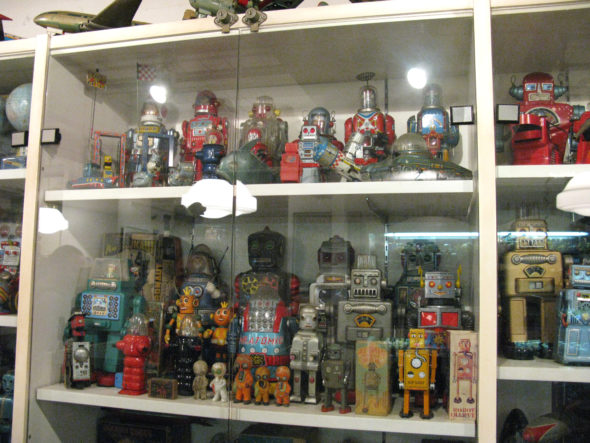 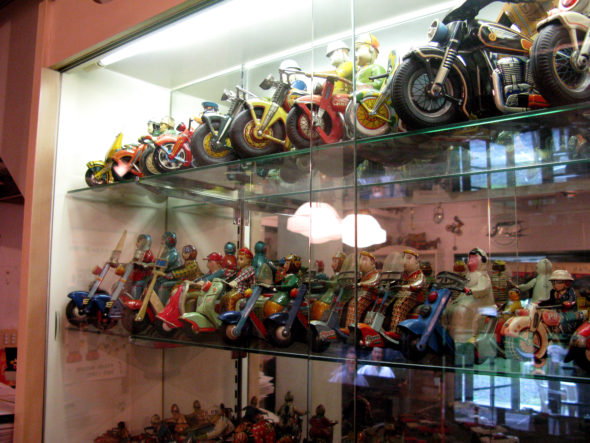 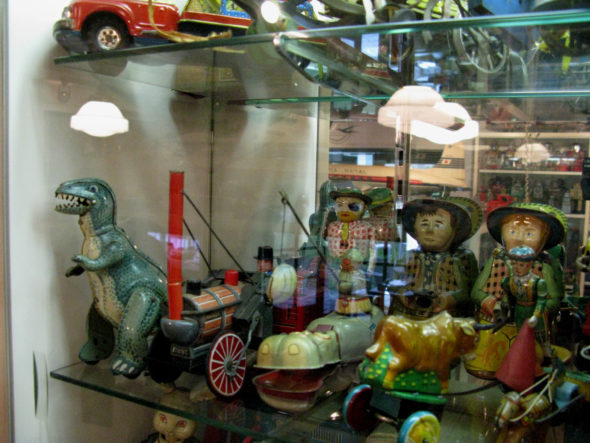 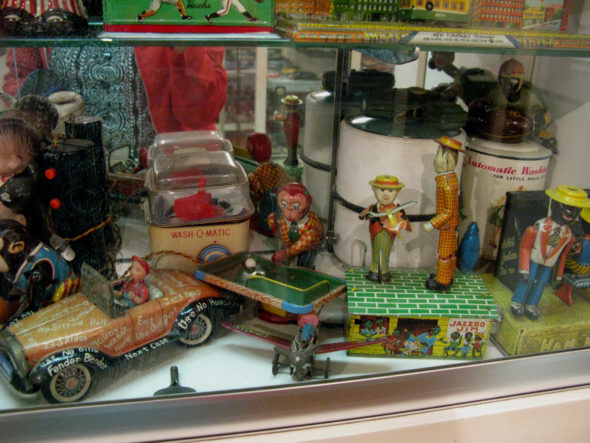